Diet, antibiotics and mental health disorders have all been shown to affect microbiome make-up. 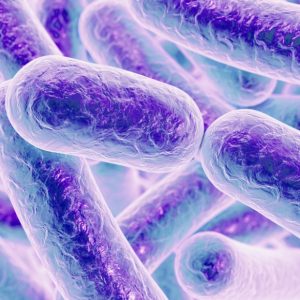 A team from the University of California San Diego School of Medicine (CA, USA) has published the first results from the American Gut Project, the world’s largest citizen science microbiome project. The results indicate factors such as diet, antibiotics and mental health can lead to variations in the bacterial composition.

“We observed a much greater microbial diversity than previous smaller studies found, and that suggests that if we look at more populations, we’ll see more diversity, which is important for defining the boundaries of the human microbiome,” explained Daniel McDonald, Scientific Director of the project.

It has been shown that citizen science projects can be successful in engaging the public in science. The open access nature of the work also provides a database for scientists to utilize to draw hypotheses, analyze and use to drive their own research.

The project was founded in November 2012, with the aim of gaining a better understanding of human microbiomes. As of mid-2017, 15,096 samples had been provided by 11,336 people from across 45 countries or territories including the USA, UK and Australia. To provide a sample, participants pay 99USD and receive a kit to provide a swab of oral, skin or fecal matter, which they then send back.

“It’s really amazing that more than 10,000 people — members of the public who want to get involved in science whether or not they work in a lab or have a PhD — have mailed their poop to our lab so that we can find out what makes a difference in somebody’s microbiome,” commented co-founder Rob Knight.

In order to identify the different bacterium present in a sample, the team utilized a genetic marker named 16S rRNA, which is unique to bacteria. They also used metabolomics to assess non-living molecules and metagenomics for gene sequencing.

Trends have already emerged from the work, including links between the microbiome and diet, antibiotics and mental health. Those who consumed a wider variety of plant types had a more diverse microbiome and those who were taking antibiotics, as expected, had reduced microbiome diversity.

The project is still ongoing and the team are encouraging more people to get involved: “The human microbiome is complex, but the more samples we get, the sooner we will be able to unravel the many ways the microbiome is associated with various health and disease states,” Knight said.

“The American Gut Project is dynamic, with samples arriving from around the world daily. The analysis presented in this paper represents a single snapshot, but we want eventually to go beyond making maps of the microbiome to making a microbiome GPS that tells you not just where you are on that map, but where you want to go and what to do in order to get there in terms of diet, lifestyle or medications.”