Could the answer to a severe-side-effect-free therapy for MS lie in the gut flora?

Gut flora has been linked to multiple sclerosis and could provide new therapy options. 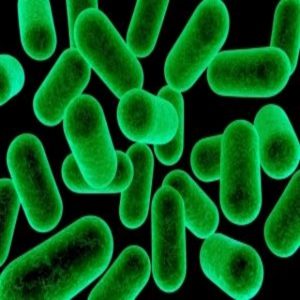 A team of researchers from the University of Zurich (Switzerland) has discovered a link between gut flora and multiple sclerosis (MS). They believe it may be possible to develop a new MS therapy with fewer side effects. They also suggest it may be worthwhile to broaden MS research in order to gain a better understanding of the disease.

T cells react to a protein called GDP-L-fucose synthase, which is not only formed in human cells but also by the bacteria that are present in the gut flora of MS patients. “We believe that the immune cells are activated in the intestine and then migrate to the brain, where they cause an inflammatory cascade when they come across the human variant of their target antigen,” explained corresponding author Mireia Sospedra.

The researchers believe that gut bacteria could play a much bigger role in the disease than previously thought and they now aim to translate their findings into a potential treatment for MS using the immunoactive components of GDP-L-fucose synthase.

The potential treatment would involve attaching immunoactive protein fragments onto the surface of red blood cells from blood samples of MS patients. The reintroduction of this blood into the bloodstream of patients would aim to re-train the immune system to tolerate its own brain tissue.

“Our clinical approach specifically targets the pathological autoreactive immune cells,” commented Sospedra. As their suggested approach targets specific cells, this is different from current MS therapies that target the immune system as a whole. These treatments drastically weaken the immune system, potentially leading to some serious side effects. The hope for this new approach is that it will be a successful treatment without the associated severe side effects.