Commensal bacteria can metabolize dietary tryptophan to release metabolites that can influence neurotoxicity in the brain. 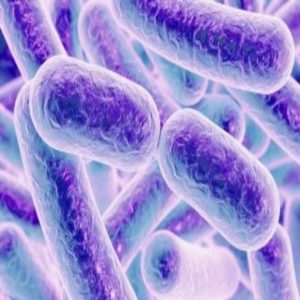 Several studies show that gut microbiota can influence autism, depression and anxiety. However, the mechanisms by which gut microbiota affect the brain are not clear. A study recently published in Nature sheds some light on it.

The researchers, from Brigham and Women’s Hospital (MA, USA), used the experimental model system autoimmune encephalomyelitis (EAE) in mice to study the link between gut microflora and the brain.  EAE has been used as an experimental model system to study multiple sclerosis (MS) as it exhibits several characteristic features of the disease: inflammation, demyelination, loss of axons, and gliosis (increase or death of glial cells).

Microglia are a type of glial cell that form 10–15% of brain cells. The researchers deleted aryl hydrocarbon receptor (AHR), a receptor in microglia, which worsened symptoms of EAE and increased demyelination in mice. Microglia can also affect the form and function of astrocytes; deletion of this receptor led to increased inflammation and neurodegeneration. This effect on astrocytes was found to be through two growth factors− TGF-α and VEGF-B – produced by microglia. TGF-α has neuroprotective effects, where it reduces pro-inflammatory cytokines, while VEGF-B increases neurodegeneration.

How is all of this connected to the gut? The commensal bacteria in the gut metabolize dietary tryptophan and generate metabolites or molecules that affect AHR. The study found that administration of these dietary metabolites could relieve the symptoms of EAE. They also tested these results in human MS brain samples, where AHR was activated or inactivated in human microglial cells and again, activation of the AHR receptor suppressed the inflammatory response and neurotoxicity seen during EAE.

This study provides an insight into how commensal bacteria could influence neurotoxicity and inflammation in the brain.

“It is likely the mechanisms we’ve uncovered are relevant for other neurologic diseases in addition to multiple sclerosis,” commented Francisco Quintana (Brigham and Women’s Hospital). “These insights could guide us toward new therapies for MS and other diseases.”

Further studies are being conducted to test the role of commensal bacteria to treat spinal cord injuries via their effects on astrocytes.