The Ebola virus epidemic broke out in 2013 and provoked fear for almost 3 years. Now, a new analysis of Ebola virus genomes reveals what spread and sustained the epidemic. 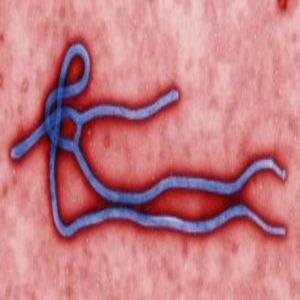 The Ebola virus outbreak started in the West African country Guinea in December 2013; unbeknownst to epidemiologists, the virus also worked its way through Liberia and Sierra Leone, where it remained undetected until the following year. By mid-November 2014, these countries reported 500–700 Ebola cases per week. Overall, the disease affected more than 28,000 people, killed more than 11,000, and imposed risk on travelers.

Despite its devastating spread, susceptible neighboring countries remained unaffected—a phenomenon that has puzzled epidemiologists. Now, a new article in Nature reveals the factors that promoted spreading of the epidemic, providing answers as to why other countries were not affected.

The lead author of the study, Gytis Dudas from the Fred Hutchinson Cancer Research Center in Seattle and his team sequenced and analyzed numerous Ebola virus genomes. With these sequences, they provide evidence that the spread of the epidemic conforms to a complicated model where Ebola lineages originate in large population centers, and the likelihood of disease transmission falls with increasing distance between those centers.

Comprehensive analysis of the Ebola virus genome sequences collected between 2013 and 2016 provides a framework for possibly predicting the behavior of future disease outbreaks caused by other human pathogens. According to Dudas, the team could have predicted Ebola’s spread using sequencing data from only the first half of the epidemic; with their model, this would have provided enough information for targeted interventions to prevent further spread of the epidemic.

“Had people shared their sequence data on time, the minute they had it, without waiting for publication, we could have had a pretty good picture of what the epidemic was like, and that could have guided further interventions,” said Dudas.

The 2013–2016 Ebola epidemic, unfortunately, was a devastating outbreak with an extreme cost. The new study demonstrates the importance of pathogen genome sequencing during a public healthcare emergency. While Dudas and his team of researchers reveal the factors spreading and sustaining the Ebola epidemic, the exact geographical source of the Ebola virus remains uncertain. Addressing these factors is critical for predicting the risk of spread of disease from animals to people. However, genome analysis is a timely and invaluable tool for diagnosis and disease intervention. “Professionals are slowly starting to appreciate what sequencing data brings to the table,” said Dudas.

How dogs became so friendly