Sins of the Father - BioTechniques

Drugs of abuse like cocaine can affect not only the current generation, but also the next. 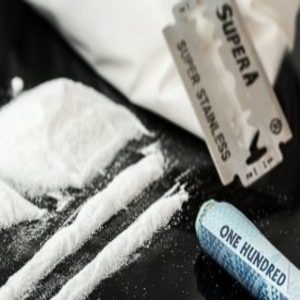 In 1860, Albert Niemann, a German PhD student, submitted his doctoral thesis for review. Over the previous years, he had painstakingly isolated the active ingredient in coca leaves, a curious plant first brought to Europe by the Spanish conquerors of Latin America. Noting its bitter taste and anesthetic effect on the tongue, Niemann dubbed the newly isolated chemical “Cocaine.”

Over a century later, the “crack epidemic” of the 1980s-1990s brought the terrifying addictive potential of this drug into the public eye. Today, experts estimate that more than 6 million people regularly use cocaine in the USA, and cocaine was involved in over 10 thousand drug-overdose associated deaths in 2016 alone. A more terrifying statistic reveals 8 million children with at least one parent addicted to either drugs or alcohol. Facing a severely heightened risk for abuse and neglect, these children often require interventions to prevent behavioral and physical problems in later life.

Unfortunately, studying the transgenerational impact of cocaine and other drugs of abuse in humans has always been fraught with difficulties, not the least of which are the confounding effects of lifestyle and environment. Researchers, therefore, have turned to preclinical primate and rodent models to study the long-term effects of drug abuse.

Recently, one group of scientists demonstrated that cocaine’s influence on the next generation can arise even when there is absolutely no contact between parent and offspring. By studying the behavior of rats whose fathers had been exposed to cocaine before mating, Chris Pierce and his colleagues at the University of Pennsylvania (PA, USA) shed light on a seldom-explored side of recreational drug misuse.

“Less than 20 years ago, it was thought that the behavior of fathers had little or no impact on the physiology and behavior of offspring. The notion was actually ridiculed as ‘Lamarckian,’” said Pierce. This belief might explain why most scientists looking at the transgenerational effects of cocaine focused on the mother, particularly on pregnant women or on dams for animal studies.

There are two major problems with this approach. First, cocaine readily crosses the placenta, so children of pregnant cocaine-addicted mothers receive their first exposure to the drug while still in the womb, which associates with a plethora of physical and behavioral consequences, making it difficult to dissociate maternal effects. Second, it is quite possible that exposure to cocaine alters the behavior of mothers towards their offspring, leading to long-term behavioral consequences not related to germline inheritance. Pierce and colleagues, therefore, decided to study cocaine’s effects when passed down through the paternal line.

Getting a rat addicted to cocaine is a surprisingly simple procedure. The researchers implant a catheter into a rat’s veins so that it can release a bolus of cocaine into its bloodstream by pressing a lever. Rats quickly learn to associate the lever press with the cocaine high, and start pressing it several times an hour to receive repeated infusions.

After causing a set of male rats to become addicted, Pierce’s team allowed them to impregnate females with no history of drug exposure. They removed the fathers from the cage long before the females gave birth, ensuring that there was no contact with the offspring. Care of the offspring is predominantly a female trait in rats, so the lack of fatherly contact was unlikely to adversely affect the behavior of the offspring.

The new generation of rats developed normally. Once they reached adulthood, Pierce and his colleagues subjected them to a battery of behavioral assays. In tasks that explore the ability of rats to learn and remember spatial cues, cocaine-sired offspring consistently performed poorly, indicating impaired learning and memory, both short- and long-term (1). Additionally, if the team presented a rat with a reward such as a peanut butter chip in an aversive environment (a brightly-lit box), rats whose fathers had been exposed to cocaine took much longer to overcome their aversion and approach the food reward (2). These rats, in other words, were poor learners and cautious explorers.

Paradoxically, when the offspring of cocaine-addicted fathers were exposed to cocaine themselves, they showed a level of resistance, requiring longer to reach a certain level of lever-presses, and self-administering less cocaine per day than the offspring of normal parents (3). While a few human studies have indicated that susceptibility to cocaine addiction may be heritable, these data suggest that perhaps a closer look at gene–environment interactions is warranted.

Another surprising fact Pierce discovered is that each of the behaviors manifested only in the male offspring of cocaine-addicted fathers; daughters remained unaffected (1-3). “It’s a very interesting and, in our hands, consistent observation,” said Pierce, “Our work is now focused on determining the mechanisms that prevent these phenotypes from being expressed in female offspring of sires that were exposed to cocaine.”

Pierce and his colleagues do not yet fully understand why only male rats succumb to the effects of paternal cocaine, although both estrogen and testosterone interact with cocaine. In Pierce’s experiments, the period during which the fathers self-administered cocaine overlapped with the duration of spermatogenesis. When the researchers analyzed the sperm from cocaine-addicted rats, they discovered changes in global epigenetic signatures. They also observed altered epigenetic marks around specific genes in the brains of these animals, and once more, these changes were specific to male offspring of cocaine-exposed fathers.

“Transgenerational epigenetics is a fascinating young field with clear clinical implications, certainly with regard to cocaine addiction,” said Pierce. An estimated 14% of Americans aged 12 and above have used cocaine recreationally at least once in their lifetime. Many of these are men and women of childbearing age, highlighting the need for a clear understanding of how drugs of abuse affect generations to come.