Injecting a bioengineered gel into the stroke region could repair brain tissue. 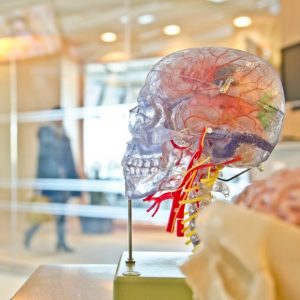 After a stroke, the brain is unable to regenerate, creating a cavity without neurons. This can lead to a loss of limb control and other motor control problems. The efforts of scientists to specifically target the stroke region – and not adjacent regions – to induce the formation of blood vessels and neurons have not been successful.

Therapeutic agents that target a stroke should be able to induce the growth of vessels and neurons in the stroke cavity, reduce the inflammation locally and also provide a physical substrate on which the neuronal network can grow.

Researchers from University of California, Los Angeles (CA, USA) and Duke University (NC, USA) have devised a novel way to achieve this. They prepared a bioengineered gel − a hydrogel infused with heparin nanoparticles − that was injected into the stroke cavity of mice. The heparin nanoparticles bind to VEGF, which promotes the growth of blood vessels. The gel was applied to the stroke area on one side of the brain, which was then compared with the region at the same location on the other side.

After a stroke, the reformed blood vessels are usually dilated and twisted. However, the addition of the gel fortified with nanoparticles led to non-dilated blood vessels with an even more substantial vascular network than before the stroke. The gel also repaired the neuron density in the cavity and reduced inflammation, with the mice recovering the use of the contralateral forelimb after 12 weeks, suggesting functional improvements in motor control.

To ensure development of an organ or tissue, several processes need to occur in a time-coordinated manner. The engineered gel was able to coordinate growth of blood vessels and axons after the stroke leading to repair of brain tissue and also functional recovery of motor control in the limbs.

As these tests were conducted on a mouse model; further tests and trials will need to be conducted to test its validity in humans.