Can You Bridge Neuroscience and Philosophy? - BioTechniques

From neurotechnology to philosophy

We spoke to Ed Boyden about the best approaches for solving scientific problems, the technologies being developed in his lab and their potential use in addressing neuroscience and philosophy. 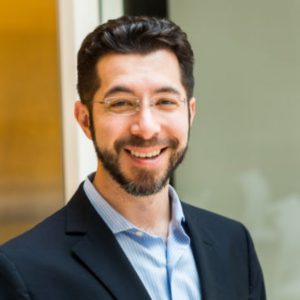 In your session at SfN 2018 you informed people on the best principles for selection of the optimal technological path for a given question. Could you give us an overview of those top tips from your talk?

You look backwards from the question. The specific approach you take would be very different for trying to cure cancer, detecting a virus in the brain or treating Alzheimer’s disease. But the way we approach a problem is to start with the problem, and then we take it backwards from there. We try to survey every discipline of science and engineering: physics, chemistry, computer science, surgery, you name it, and then we try and think of the best way to go. The next step is called constructive failing, where you try things out, and much will fail, but you’ll notice things that were never seen before. The last step is design, where we choose the optimal approach.

Can you tell us what is exciting in your lab at the moment?

Our goal is to build tools so that people can understand how the brain computes and how to cure brain disorders. There are three kinds of technology that we are working on.

One is to make maps of the brain. We do this by taking pieces of brain tissue and infusing them with a chemical, similar to the one you find in baby diapers. We add water and we can blow the brain up 100-times or even 10,000-times bigger in volume. So now you can do nano-imaging with regular old microscopes.

We call this expansion microscopy. It works, not just on brain tissues, but also on multiple other tissues such as cancer biopsies, cell lines and even tissues from multiple types of species including fish, flies, mice and humans. We’ve taught hundreds of groups how to do it by hosting them to learn the protocols, which are also all online at expansionmicroscopy.org. Half of my group works on this tool set because it really democratizes nano-imaging; anybody can use their existing hardware to take pictures with nanoscale precision.

The other half of my group is split into two parts. One is about dynamic imaging; working on voltage sensitive proteins and other proteins that fluoresce when a neuron is active. We build these using robots that are capable of molecular evolution. So we can evolve proteins until they do what you want them to do, which is normally very laborious and painful if you do it by hand.

The last part is dynamical control. This is about a technology called optogenetics. I co-launched the optogenetics project in earnest about 14 years ago. In the years since we have rounded up all sorts of molecules, most of which we find in the natural world that have the ability to convert light into electrical signals, so we can control brain activity with light. We want to be able to watch the brain with our robotically-evolved fluorescent voltage indicators, we want to be able to control the brain with our optogenetic tools, and then we want to map the brain using expansion microscopy.

My goal is to combine these three techniques so we can make models of how the brain works. If we do that we might have made a major step towards understanding the brain.

That sounds fascinating. Is there anything else exciting you in the field of neuroscience at the moment?

Lots of people are applying our tools and making major discoveries, which is very exciting to me. Groups like Dayu Lin’s (NYU, NY, USA) and David Anderson’s (Caltech, CA, USA) have used optogenetics to discover sites in the brains of mice that trigger aggression or even violence.

This asks the question; can you understand something with deep ethical implications from a neural circuit standpoint? Can you bridge philosophy and neuroscience? Rebecca Saxe (MIT, MA, USA) has been using another technology to stimulate the human brain and they can change people’s ethical judgements.

Finally, on Twitter you describe yourself as a neuroscientist, an inventor and an entrepreneur. Do you have any tips for anyone that is aspiring to be all three things?

I would say that the most important thing is to have deep fundamental knowledge. I trained as a chemist, a physicist, an electrical engineer and a computer scientist. So I learned the fundamental sciences really well and that allows me to innovate in different areas and to lead a team that innovates in many different areas.

The second is to think backwards from a big problem, try and think of every way of solving it and then through constructive failures, you will understand what works and what doesn’t. The parts that don’t work will still tell you what you need to do, and from that you can try to figure out the ultimate design. That way you know you are doing something that is important, but you are also having unexpected ideas that come from very different fields.