Engineers typically don’t receive training in basic biology, but one “academic family” does. 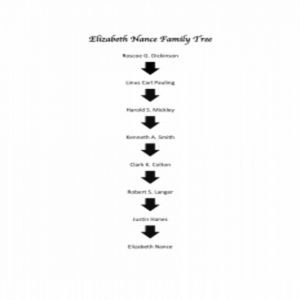 Elizabeth Nance, a chemical engineer and assistant professor at the University of Washington thought she was straying away from the traditional path taken by most engineers when she chose to expand her training into basic biology. “I was really curious about things I felt were too fundamental for engineers to be curious about,” said Nance, reflecting on the basic question of how things move in the brain. The question is fundamental to engineering, but it also borderlines basic science, underlying not only all MR diagnostic technologies, but also a lot of assumptions about how therapeutics work and how injury results from disease.

Nance earned her PhD in chemical engineering at Johns Hopkins University and then intentionally decided to move into basic science and clinical research for her postdoctoral fellowship. “I wanted to really understand the brain better from a neuroscience point of view and from a developmental biology point of view so that I could learn to better frame the questions I was asking and utilize biological techniques that could integrate with engineering,” said Nance. As a postdoctoral fellow, in 2015 she was listed on Forbes 30 under 30 list of young professionals to watch, for her development of nanoparticle technology that could pass through the blood-brain-barrier and penetrate deeper parts of diseased brains.

Now as a prestigious assistant professor with students of her own, we were curious about Nance’s lineage and its impact on her success. We were surprised to find that “straying” from engineering appears to be an academic family trait. Nance’s four-times great grand-advisor is Linus Pauling, who co-founded the fields of quantum chemistry and molecular biology.

“If you go back to Pauling and look at the number of different people he was mentored by, the fields that spans are quite a lot, and in a time when there weren’t that many fields on paper that were defined,” said Nance reflecting on her academic relation to Pauling. Today, Pauling’s legacy impacts numerous fields from engineering to chemistry to physics and even genetics.

In 1954, Pauling won the Nobel Prize in Chemistry for his research on chemical bonding and its application in understanding the structure of complex substances. Originally earning his bachelor’s degree in chemical engineering, Pauling expanded his training as a PhD student into physical chemistry and mathematical physics.

“Langer did his PhD basically with a chemist, for all practical purposes, and then went into a postdoc with Judah Folkman, who basically defined and discovered angiogenesis and how tumors are able to successfully become cancers and take over the body; that’s not something you would normally see a chemical engineer by training doing,” said Nance. Langer isn’t just a chemical engineer, he’s an entrepreneur and inventor known for advancing approaches for drug delivery and tissue engineering. “Langer hasn’t won a Nobel prize, but he’s had a strong impact on technology development and the integration of fields without being restricted to the traditional lines of where fields are drawn,” said Nance.

Langer runs the largest biomedical engineering lab in the world; it’s so large, in fact, that he hosts a yearly conference on drug delivery. Langer carefully trains his PhD students–including Justin Hanes, Nance’s graduate advisor–on the philosophy of interdisciplinary collaboration. “It’s that line of thinking that I then bring to my trainees and graduate students,” said Nance, whose graduate students spend the majority of their time collaborating with neurologists and neonatologists.

Nance also holds fast to what people in the “family,” call the “Langer model,” the idea that degree background doesn’t matter that much. “It’s more of the mindset, the mentality that you take with the research: your integrity with the work, and the motivation for the work. That can come from a variety of fields–and needs to come from a variety of fields to have success,” said Nance.

Pauling won the Nobel Peace Prize in 1962 for his activism and promotion of nuclear disarmament. Nance, isn’t working on nuclear disarmament, but she is passionate about science outreach. In 2016, she started Women in Chemical Engineering at the University of Washington to empower and create connections among women in chemical engineering. This passion for outreach is innate, as both her parents worked in human services: her mom, a nurse and her dad a minister. “[Outreach] was always encouraged and enabled, but not necessarily directed or mandated,” said Nance, reflecting on her graduate training with Hanes who supported her desire to serve simultaneously as a full-time director of a nonprofit in Baltimore while in graduate school. “And I think actively not discouraging it is sometimes more important than having somebody say that you have to do this or that type of outreach,” she said.

Now as an assistant professor, Nance has returned to her original question of how things move and behave in the brain. Specifically, she works with neonatal and pediatric populations to understand how fundamental processes occur in the brain and how those processes break down when injury or disease occurs around birth. Half of her team still focuses on engineering, while the other half works on neurobiology.

Prior to our conversation, she was somewhat aware of her academic lineage. In fact, she’s working on creating a tree of her own for her lab. “I think it’s a really cool idea. I think it plays to this idea that engineering can be even higher impact and even more relevant when it does interface and integrate with other fields,” said Nance. “And it also shows kind of both how small and impactful the world of science can be.”

Navigating the landscape of research-based careers with a PhD