Through the use of self-stopping enzymes, DNA synthesis has become faster, cheaper and better. 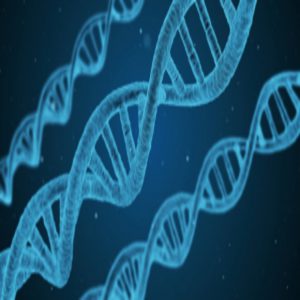 Scientists at the Department of Energy’s Joint BioEnergy Institute (JBEI) based at the University of California, Berkeley (CA, USA) have developed a new way to synthesize DNA through the creative use of enzymes. The discovery, published in Nature Biotechnology, has the potential to revolutionize the fields of DNA synthesis and biological engineering.

Until now, the previous standard for DNA synthesis had been the Caruthers method. This method utilizes basic tools from organic chemistry to gradually build DNA sequences one nucleotide at a time. However, it has its limitations as it caps at approximately 200 bases, which is problematic when a 1000bp sequence is considered a small gene. To compensate for this, many labs stitch together short sequences to make longer ones that can be error prone.

To solve this problem, two graduate students, Daniel Arlow and Sebastian Palluk, went about researching a better way to synthesize longer strands of DNA more accurately and quickly. Their co-author and the CEO of JBEI, Jay Keasling, is excited by the potential of their discovery.

“DNA synthesis is at the core of everything we try to do when we build biology. Sebastian and Dan have created what I think will be the best way to synthesize DNA since [Marvin] Caruthers invented solid-phase DNA synthesis almost 40 years ago. What this means for science is that we can engineer biology much less expensively – and in new ways – than we would have been able to do in the past.”

The group decided to look towards using enzymes due to their efficiency in the natural process of DNA synthesis, as Palluk explains:

“DNA is a huge biomolecule. Nature makes biomolecules using enzymes, and those enzymes are amazingly good at handling DNA and copying DNA. Typically our organic chemistry processes are not anywhere close to the precision that natural enzymes offer.”

They began working with an enzyme, termed TdT, which previous scientists have identified as the best candidate for artificial DNA synthesis. TdT is a great candidate because it creates new sequences, as opposed to some other enzymes that replicate existing sequences, and it does this quickly.

To control the action of the TdT enzyme, it is necessary to make sure it adds one nucleotide at a time and then stops before adding the next one. Previous attempts have included trying to add a blocking group to the active site of the enzyme. However, this creates a whole new set of problems.

“People have basically tried to ‘dig a hole’ in the enzyme by mutating it to make room for this blocking group,” Arlow said. “It’s tricky because you need to make space for it but also not screw up the activity of the enzyme.”

So they had to try a new approach.

“Instead of trying to dig a hole in the enzyme, what we do is tether one nucleotide to each TdT enzyme via a cleavable linker. That way, after extending a DNA molecule using its tethered nucleotide, the enzyme has no other nucleotides available to add, so it stops. A key advantage of this approach is that the backbone of the DNA – the part that actually does the chemical reaction – is just like natural DNA, so we can try to get the full speed out of the enzyme.”

A disposable TdT enzyme is created that adds a nucleotide, is cleaved off and another TdT with a fresh nucleotide then attaches itself. Kealing explains this rational:

“Rather than reusing an enzyme as a catalyst, they said, ‘Hey, we can make enzymes really inexpensively. Let’s just throw it away.’ So the enzyme becomes a reagent rather than a catalyst,” he said. “That kind of thinking then allowed them to do something very different from what’s been proposed in the literature and – I think – accomplish something really important.”

Their method still requires optimization, in order to get to a point where they can quickly and cost-effectively generate long sequences. Their method currently has a yield of 98%, which is slightly behind the fine-tuned established methods where yields are as high as 99.5%, but they are excited about its prospects and potential.

“Our dream is to make a gene overnight,” Arlow said. “For companies trying to sustainably biomanufacture useful products, new pharmaceuticals, or tools for more environmentally friendly agriculture, and for JBEI and DOE, where we’re trying to produce fuels and chemicals from biomass, DNA synthesis is a key step. If you speed that up, it could drastically accelerate the whole process of discovery.”