Software capable of matching family members and individuals from police and ancestry DNA databases has been successfully tested, potentially providing a valuable tool for detectives. 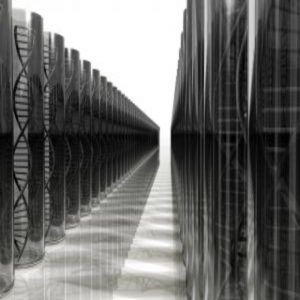 Recent research conducted at the University of Stanford (CA, USA) and led by Noah Rosenberg, has established a computational method of matching family members from police and ancestry DNA databases that are based around different genetic markers. The study, which set out to explore the extent to which the different types of database could communicate, resulted in a method with a success rate of over 30% in matching immediate family members from the separate databases.

Police DNA profiles use short tandem repeat (STR) markers in introns, a practice that has been in use since the 1990s, and has recently been updated to use 20 markers instead of 13. Conversely, ancestry profiles are reliant on single nucleotide polymorphisms (SNPs) from thousands of sites in the genome.

This research is timely, coming just after the arrest and prosecution of the ‘Golden State Killer’–Joseph DeAngelo. DeAngelo was apprehended after police took DNA from one of his crime scenes and used it for SNP genotyping, which they then screened against an open source ancestry profile,  narrowing down their search and leading to his arrest.

A year previously, Rosenberg had published a study that found the two databases could be run through software that was able to match individuals with a success rate of over 90%. The basis for the software was that each STR marker is flanked by SNP markers that are conserved when the STR marker is inherited. This allows the software to predict the genotypes for an SNP marker using information from STR genotypes and likewise for SNP to STR predictions.

Rosenberg wanted to expand on this study to examine if the same technology could be used to identify family members from across the different databases. The researchers found that a pair of siblings, one who had been screened for SNP and one for STR markers, could be matched at a 35–36% success rate, while parent and offspring pairs had a 30–32% success rate.

The comparison of these two databases could prove incredibly useful for police. “There’s a legacy problem in that so many DNA profiles have been collected with this older genetic marker system that’s been used by law enforcement since the 1990s. The system is not designed for the more challenging queries that are currently of interest, such as identifying people represented in a DNA mixture or identifying relatives of the contributor of a DNA sample,” explained Rosenberg.

The study could also prove useful for ecologists, comparing DNA from historical samples to identify links between geographically disparate animals or even ancient humans.