Megaherbivores: Is Homo Erectus The Reason of Their Extinction?

Prehistoric mega-herbivore decline: a case of climate not primate

New information has brought to light a new hypothesis for the cause of extinction for several species of megaherbivores, discrediting claims that they were the result of the expansion of Homo erectus. 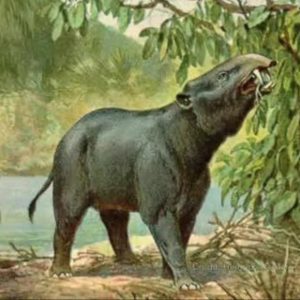 A recent study into the prehistoric decline of megaherbivores in East Africa has challenged a long held perception that early human ancestors, Homo erectus, were responsible for the extinction of a number of species. The study, led by Tyler Faith of the University of Utah (UT, USA) attributes the decline to the expansion of grasslands instead.

The research team compiled a dataset of extinctions in East Africa from over 100 fossil sites located in modern-day Ethiopia, Kenya and Tanzania. The database covered fossils dating back 7 million years and was used to document the trends in the population of different species present in the areas throughout the years.

When the data from the fossil assemblages was compared to previously established climate information pertaining to levels of atmospheric CO2, a striking correlation was observed. The decline of megaherbivores tracked closely to the fall in atmospheric CO2, which marks the spread of grasslands across Africa.

“Low CO2 levels favor tropical grasses over trees, and as a consequence, savannas became less woody and more open through time. We know that many of the extinct mega-herbivores fed on woody vegetation, so they seem to disappear alongside their food source,” explained John Rowan from the University of Massachusetts Amherst (MA, USA) and one of the co-authors on the paper.

The research seems to definitively show that climate change, not Homo erectus, was responsible for the extinction of 28 species of megaherbivore that had previously blotted the species’ ledger. Instead, the study redirects our focus with regard to the impact of human species on the ecosystem. “It follows that in the search for ancient hominin impacts on ancient African ecosystems, we must focus our attention on the one species known to be capable of causing them – us, Homo sapiens, over the last 300,000 years.”