Scientists have integrated wearable sensors with biochemistry and genetics, putting better health in the hands—or on the wrists—of many more people. Smartwatch helps diagnose Lyme disease. 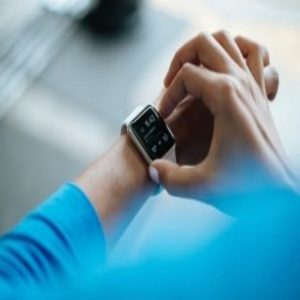 If you’re one of the millions who own a smartwatch or fitness tracker, you soon could reap health perks beyond those you may accomplish with your New Year’s resolution (1). Capitalizing on the wave of interest in wearable technology, researchers at Stanford University have just developed a simpler way to establish personal health baselines and warn users about illness-threatening deviations.

“Currently, healthcare runs on a broken system,” said senior author and geneticist Michael Snyder. “We typically go to doctors when we’re sick, and they draw blood, measure a limited number of things, and then give you a little bit of information. What’s missing, obviously, is (A) what does it mean to be healthy, and (B) how do we keep people healthy, which would be a much more productive endeavor.”

“We wrote some algorithms to try to tell when you get sick from your smartwatch as early as possible, [but] the biggest challenge was setting up a system to collect all the data,” said Snyder. “We wanted to get the data as raw as possible so we could get as many measurements as possible. The [biosensor developers] we ended up working with helped us get the data, and the participants were very eager beavers, so that was terrific.”

The most dramatic example of the potential for health monitoring with smart watches involved Snyder diagnosing his own Lyme disease long before he felt any flu-like symptoms.

On a flight to Norway last year, Snyder noticed unusual changes in his heart rate and blood oxygen levels. Two weeks prior, he had built a fence in rural Massachusetts, so a tick bite seemed the best explanation. When his readings did not return to baseline after landing and he developed a fever, Snyder convinced a Norwegian doctor to prescribe him doxycycline, a Lyme disease–combating antibiotic. Subsequent blood tests revealed that Snyder indeed did have Lyme disease.

“During one period, I had elevated heart rate and skin temperature but did not report that I was sick. When we looked at the [C-reactive protein, a marker of inflammation] data, my levels were elevated. I was sick then, but I didn’t realize it,” explained Snyder. “These sensors are picking up on things that you may not realize, and I think that’s what’s going to make them powerful, especially for people who are healthcare providers.”

Other researchers and developers in the field look forward to future biosensor applications. “[These authors] weren’t just relying on one device,” said genomics professor Eric Topol at the Scripps Research Institute, who was not associated with this study, in a press release. “They did everything they could with the kind of sensors that are available today to get data that was meaningful.”