Watching plants breathe in the dark

In a new study, scientists showcase the first-ever high-throughput method for measuring the rates at which plants respire. What impact might the approach have on tracking global climate and improving crop development? 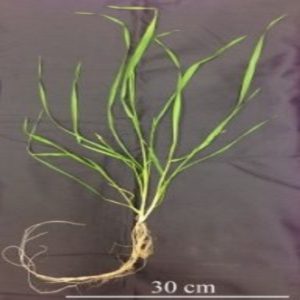 Though plants do not “breathe” in quite the same way as animals, they do respire constantly day and night, consuming sugars supplied by photosynthesis to produce energy. In the process, large amounts of oxygen are consumed, and carbon dioxide is released. However, plant biologists lacked an efficient method for measuring how this fundamental aspect of energy production varies on a large scale among species or in different environments.

In a study published in the journal Plant Methods, researchers demonstrate the first high-throughput technique for measuring rates of plant mitochondrial respiration in the dark. This approach could help generate the data needed to better understand atmospheric changes and identify more productive crop lines.

“Plants photosynthesize and take up about 120 gigatons of carbon in the atmosphere a year but release about half of that back out through respiration, far exceeding the 6 –8 gigatons released through burning of fossil fuels,” explained Owen Atkin, who led the study at the Australian National University. “If we want to predict carbon accumulation in the atmosphere over the coming decades, we need to be able to account for the respiratory processes of many plants.”

Atkin’s team procured root, stem, and leaf tissue samples from three different plant species and arranged them in hermetically sealed tubes with specialized caps containing a fluorescent dye sensitive to oxygen. They used a robotic system to scan fluorescence signals from the caps and record oxygen concentration levels as they declined over time. The new method was 10 to 26 times faster per sample than any other currently available method.

“We discovered a great amount of respiratory variation within and among species, and that makes us excited about this technology’s potential for screening crops,” said co-author Brendan O’Leary from the University of Western Australia. “Crop breeders can genetically select for things like seed size, seed number, and growth rate to improve crop productivity, but the ability to quickly measure respiratory efficiency of different crops could add a whole new dimension.”

“We are using the system to analyze metabolites, proteins, and the genetics that might be linked to variations in respiration,” said co-author Clarissa Alves Negrini. “We are hopeful that this can open new doors to incorporating novel traits into lines of wheat to improve food productivity overall.”