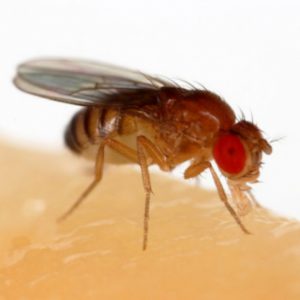 Scientists at The Zuckerman Institute at Columbia University (NY, USA) have identified the many roles that the Epidermal Growth Factor Receptor (EGFR) protein plays in the embryological development of animals. This protein influences growth in living organisms from the development of limbs to the proliferation of cancer.

“The results of our research first and foremost solve a long-standing question about the nature of Epidermal Growth Factor Receptor (EGFR) signalling and how it drives development. But even more importantly, researchers can now use knowledge gleaned from our work to shed light on the link between Epidermal Growth Factor Receptor (EGFR) and disease at a level of detail that until now would not have been possible,” said author Richard Mann.

The long-held belief has been that the molecules that bind and activate EGFR, or EGFR ligands, act as morphogens. Depending on their concentration, morphogens trigger different responses in developing tissue. Mann explained:

“Morphogens coordinate the development of entire tissues from a single point source. Cells closest to a morphogen’s source get the largest, most intense concentration of signals, while cells farther away would get progressively less, like ripples in a pool.”

However, there is a competing hypothesis that suggests EGFR signalling works differently. Instead of a single signal blast originating form a specific location, the hypothesis states that multiple sources of EGFR ligands could send different signals at different points in time to stimulate growth.

So, the team decided to focus on another part of the system to gain more clues; they looked at the EGFR ligand’s enhancers, small sections of DNA that govern and trigger EGFR activity.

By locating and switching off these enhancers in fruit flies the team were able to guide development of their limbs. They found that the ligands were in fact not acting like morphogens and originating from a single source but instead EGFR ligands were originating from multiple sources along the limb.

“The overactivation of EGFR is associated with many different types of cancers, from small-cell carcinoma to some types of breast and brain cancer,”  Mann noted. “If we can use our enhancer method to systematically decode the regulation of EGFR activation, cancer researchers can then use that knowledge to identify potential targets for further development of prognostic tests and therapies.”

A tale of two spindles

The protein needed for fertilization