Breast cancer cells salvage garbage to use for growth. 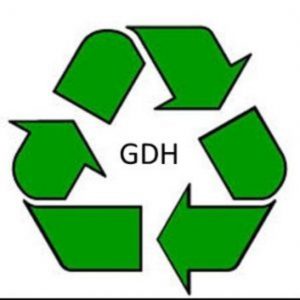 The tumor microenvironment is the dumping ground for a tumor’s metabolic waste, but accumulating waste products, such as ammonia, are toxic for tumors. To better inform the design of metabolic cancer treatments, cell biologists at Harvard University investigated cancer cells’ waste management systems, and now report in Science Reports that breast cancer cells actually exploit ammonia as a nitrogen source for tumor growth.

“Ammonia was just thought to be a metabolic waste product and to see it incorporated into metabolism was really exciting,” said Jessica Spinelli, first author of the study.

To find out how the ammonia was being used, the researchers traced ammonia using the stable isotope 15N in two estrogen receptor positive (ER) breast cancer cell lines that express high levels of ammonia-assimilating enzymes. “The metabolic tracing was quite challenging and the first few times we tried to do it we couldn’t find where the label was going,” said Spinelli.

To overcome this problem, the group developed a new metabolic tracing liquid chromatography–mass spectrometry (LC-MS) method with help from Clary Clish and his team at the Broad Institute . According to Spinelli, the method provides an unbiased overview of nitrogen metabolite assimilation.

Using this method, the researchers discovered that glutamate dehydrogenase (GDH) was responsible for assimilating ammonium. This was surprising, as ammonium assimilation requires the reverse activity of GDH, an operation thought to be physiologically irrelevant in healthy tissue. This may explain the initial problems with the metabolic tracing experiments since the group hadn’t been looking for ammonia to be incorporated via GDH.

“If we think of situations in well perfused tissue with concentrations of ammonium in the low micro-molar range, it would be biochemically impossible to see this reverse reaction,” said Natasha Pavlova from the Memorial Sloan Kettering Cancer Center, who was not involved in the study. “But in the context of a poorly perfused tumor where ammonium ions accumulate, the reaction can go in reverse towards assimilation.”

Spinelli’s team next examined how ammonia incorporation affects tumor cell biology. Using 2D and 3D culture models as well as xenograft tumors in mice, they found that milli-molar concentrations of ammonia accelerated the rate of tumor cell proliferation in a GDH-dependent manner.

Pointing to additional metabolic papers published in recent weeks, Pavlova said, “This paper is part of a major paradigm shift that is reconsidering metabolic wastes, such as ammonia or lactate, as an important source of reduced nitrogen for biosynthesis of non-essential amino acids.” Pavlova was also interested to see how the assimilation of ammonia occurs in the broader context of the tumor microenvironment, such as hypoxia or conditions of redox stress.