How are molecular brakes useful in the fight against cancer? 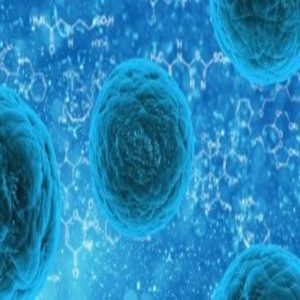 This year’s Nobel Prize in Physiology or Medicine was awarded to James Allison (MD Anderson Cancer Center; TX, USA) and Tasuku Honjo (Kyoto University; Japan) for their work on molecular ‘braking’ mechanisms in the immune system that are implicated in cancers. These mechanisms have since been the focus of successful immunotherapy treatment development strategies for cancer.

Not only are molecular brakes utilized by cancer cells themselves, to avoid being targeted by the immune system, but there are also preventative molecular braking measures in place in normal cells in the body to guard against the onset of cancer.

Cancer cells can sometimes manipulate the molecules on the surface of immune cells called checkpoints. In particular, they activate inhibitory checkpoints, applying the brakes to the function of the immune cells and enabling cancer cells to continue to multiply.

Allison and Honjo conducted research on checkpoint inhibitor molecules CTLA-4 and PD-1, respectively. They worked towards releasing the brakes on the immune system cells so they can be utilized in cancer treatments. Their work has since led to the approval of numerous effective cancer drugs that have less harmful side effects than chemotherapy.

“The booming field of immunotherapy that these discoveries have precipitated is still relatively in its infancy, so it’s exciting to consider how this research will progress in the future,” commented Charles Swanton, chief clinician of Cancer Research UK (London, UK).

Whilst the field of immunotherapy may be booming and exciting, Allison has advised people to proceed with caution. There is evidence that immunotherapy is effective at treating certain cancers and can enable patients with certain cancers to live for longer than with chemotherapy, however, it doesn’t work for everyone. It can cause autoimmune problems for some people and others may not respond to it at all. It should be thought of as part of therapy for cancer patients, rather than immediately replacing chemotherapy.

Not only are molecular brakes involved with the proliferation of cancer cells themselves, but also in the mechanisms of normal cells to prevent them from becoming cancerous in the first place. Information like this is critical to researchers in order to fully understand how to take advantage of the natural processes already in place in the body or for potential new targets for cancer treatments.

A team of researchers from the Karolinska Institutet (Stockholm, Sweden) and the University of Sussex (UK) has discovered a built-in molecular brake on human cell division that prevents damage to DNA and lessens the risk of cancer developing.

“By creating cells that cannot copy their DNA and by following protein activities over time in single cells, we found that DNA replication blocks the enzymes that trigger cell division. Immediately after DNA replication is completed, the machinery that starts cell division is activated. This fundamental mechanism contributes to determining when human cells will divide,” explained study leader Arne Lindqvist (Karolinska Institutet).

The actual process of DNA replication stalls cell division to ensure that the cell has two complete copies of DNA before dividing. The brake also lessens the amount of DNA damage as when the brake doesn’t work properly, the cell divides before the entirety of DNA has been copied, resulting in huge amounts of DNA damage.

Molecular brakes are clearly important systems in relation to cancer development, growth and spread. On top of these two means that have been laid out, molecular brakes are also implicated when genes that are involved in the regulation and control of cell growth are mutated, leading to uncontrolled growth and ultimately, cancer.

Viruses join the fight against cancer

It takes two: immunotherapy and cancer dance an intricate tango