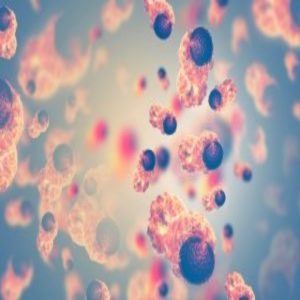 Martin Fussenegger and colleagues from ETH Zurich (Switzerland) have developed an implant that acts as a warning signal for the early onset of four common cancers. The implant is inserted under the skin and produces a mole when blood calcium concentrations are high, which is an early sign of cancer.

Diagnosing cancer before the tumor has developed improves survival rates.  Many conventional tests diagnose cancer too late in development. Early diagnosis is especially important as  the recovery rate is still very low for some common cancers, such as colon cancer where as little as 11% of patients recover.

Calcium is a highly regulated molecule in the body. The bones help maintain the concentration balance. However, an elevated calcium concentration in the blood can be an indicator of a growing tumor in common cancers such as prostate, lung, colon and breast cancer.

The implant monitors this calcium concentration. It consists of a genetic network that is encapsulated into a living cell, which is then transplanted under the skin. When the calcium concentration reaches a certain level, it triggers a signal cascade through the genetic network triggering production of melanin, which is expressed as a mole on the surface of the skin.

When the patient notices the mole they can then go and see a doctor for  further diagnostic tests and treatment if necessary. However, if the patient is uncomfortable with having to constantly monitor themselves they can instead have the mole express pigment only seen under special light. This can then be monitored at their regular check-ups.

Fussenegger stresses the importance of this early warning signal:

“Early detection increases the chance of survival significantly. Nowadays, people generally go to the doctor only when the tumour begins to cause problems. Unfortunately, by that point it is often too late.”

The implant is only a prototype but has had successful trials in mice and pig skin. The implant has yet to be tested in human patients with cancer and Fussenegger says human trials are a long way away-– predicting it will be at least 10 years before these implants reach the market. He believes the development of this concept of biomedical tattoos is beyond the reach of his lab alone:

“Continued development and clinical trials in particular are laborious and expensive, which we as a research group cannot afford.”

However, there is hope that the work will be continued by others and that it could be applied to neurodegenerative diseases, as well as other cancers, by monitoring different biomarkers.

Is this tumor malignant or benign?