Rapid and reversible regulation of cell contraction and mechanotransduction in cells is now possible using optogenetics. 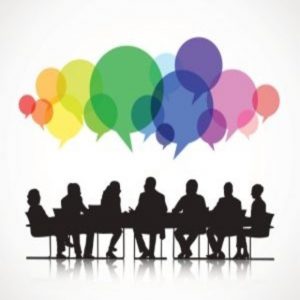 Studies of cell contractility and mechanotransduction rely on chemical compounds or genetic manipulations to perturb these processes in cells, but these methods have poor spatiotemporal resolution, significant off-target effects, and are typically not reversible. Now, researchers led by Xavier Trepat at the Institute for Bioengineering of Catalonia describe an optogenetics-based method for controlling cellular force generation that is fast, localized, and reversible.

Trepat’s method targets RhoA GTPase, which regulates actomyosin contraction in cells and is activated by several guanine exchange factors (GEFs) localized to the plasma membrane of epithelial cells. The team hypothesized that optogenetic overexpression of the catalytic domain of a RhoA-GEF at the plasma membrane would upregulate RhoA activity and increase cortical contractility, whereas overexpression at the mitochondrial membrane would decrease RhoA activity and reduce cell contractility.

Trepat and his colleagues carried out optogenetically controlled localized overexpression of the catalytic domain of a RhoA-GEF with the CRY2/CIBN light-activated dimerizer system, in which CRY2 and CIBN proteins bind each other with high affinity upon exposure to blue light. The researchers fused the catalytic domain of the RhoA-GEF to CRY2 to form optoGEF-RhoA, while CIBN was fused to either a plasma membrane–targeting protein or a mitochondrial membrane protein–targeting protein.

Using the technique, Trepat’s team controlled actin fibers and focal adhesions, and also induced the deformation of epithelial tissue layers, demonstrating the versatility of this tool for studies of mechanotransduction in cells.