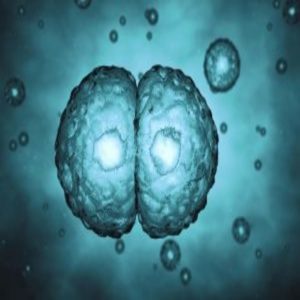 Researchers from the European Molecular Biology Laboratory (EMBL; Hamburg division, Germany) have created a 4D computer model for mitosis, allowing for the real-time tracking of the proteins involved. This mitotic cell atlas allows scientists to choose any combination of proteins and observe their role in the process.

The study, recently published in Nature, may change the way proteins are studied, from individually to systematically, and is likely to have a significant impact on microbiological research methods.

The team used HeLa cells that had been edited using CRISPR/Cas9 to become fluorescent, which enabled them to track the cells and see their movements through time. Use of a high sensitivity microscope allowed for the detection of protein groups, making it possible to detect 100, 1000 or 10,000 proteins in a given location.

“Until now, individual labs have mostly been looking at single proteins in living cells,” commented Jan Ellenberg, the leader of the project. “Supported by the follow-up EU project MitoSys we were now able to take a systems approach, and look at the bigger picture by studying the dynamic networks many proteins form in living human cells.”

There are approximately 600 proteins involved in mitosis in a human cell; a complete data set would allow scientists to understand how information is transmitted within a cell and how decisions between phases are made.

Defects in cell division can have huge negative effects, such as fertility issues or cancer. “Besides mitosis, the technologies developed here can be used to study proteins that drive other cellular functions, for example cell death, cell migration or metastasis of cancer cells,” explained Ellenberg. “By looking at the dynamic networks these proteins form, we can identify critical vulnerabilities, points where there’s only one protein responsible to link two tasks together without a back-up.”

Stephanie Alexander, research manager for the team, added, “in the long run, a full overview of all the cell’s proteins will allow us to see how different important processes of life, like cell division and cell death for example, are linked to one another.”