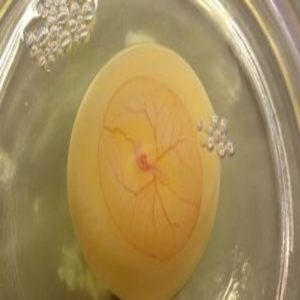 Since 2012, Chunlei Liu from the University of California, Berkeley and his team have been developing non-invasive techniques to remotely modulate cells and to control neuronal activities. Most recently, they developed a technique that uses electromagnetic fields and engineered membrane proteins to modify cells, making them permeable to various ions. With this method, the team uncovered the first details of how maternal fever during early pregnancy causes birth defects in faces and hearts.

“When we started, we were not exactly working on congenital heart defects. We were not looking at the effect of temperature on embryonic development in the chick. We were just developing a technique to modify cells remotely without using pharmacological techniques,” Liu said. “The limitation of pharmacological techniques is that they are not specific—they target many cells. We wanted to develop a wireless technique where cells are like antennae that can receive those radio signals.”

During pregnancy, clinicians caution expectant mothers to monitor their temperatures, especially early on, since a fever or hyperthermia during the first trimester may lead to birth defects. Since TRPV1 and TRPV4 are activated by temperatures equivalent to that of human-fever, Liu and his collaborators at Duke University wondered if these temperature-sensitive TRP channels played a role in this phenomenon.

To find out, the team experimentally activated these ion channels in chick embryos and found that this adversely affected fetal development. Conversely, inhibiting the channels using an antagonist decreased the associated defects.

Previous research on ion channels suggested that it is possible to remotely control TRP channels bound with ferritin, an iron storage protein, using radio frequency electromagnetic fields. Thus, Liu and his team decided to modify the TRPV1 and TRPV4 channels such that they bound ferritin. To do this, the team fused the iron-binding domain of kininogen-1, a circulating plasma protein, with the C-terminal cytoplasmic domain of either TRPV1 or TRPV4. This led to redistribution of endogenous intracellular ferritin towards the cytoplasmic domains of TRP channels at the cell membrane, which the authors call FeRIC (Redistribution to Ion Channels).

The FeRIC modification enabled the researchers to control the channels remotely using radio frequency electromagnetic fields. When they activated the channels remotely and temporarily to mirror fever-like conditions in incubating chicks, they provoked the same birth defects that appeared after exposure to high temperature as well as after activation with drugs. These data reveal the first hints at the mechanism behind elevated maternal temperatures inducing birth defects.

“We are planning to look into higher level organisms—for example, rodents—to see if these results can potentially be applied to patients,” said Liu.