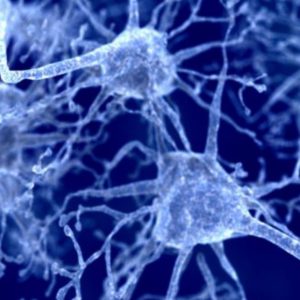 Despite some success in determining genetic involvement in Parkinson’s disease (PD), the exact cause is unknown. Genetic explanations can only go so far and cannot help in developing preventative methods.

By the onset of motor symptoms, it is believed that individuals with PD have lost approximately 60% of the dopaminergic neurons in the substantia nigra, a key component of the basal ganglia, a neural pathway formed from a group of subcortical regions that is implicated in movement. This makes it so that, by the time the disease presents itself, it is too late to prevent excess damage and what has been lost cannot be replaced. The slow progression of this disease means that it is difficult to predict exactly when the degeneration started and therefore scientists cannot pin point the primary causal factor.

It is strongly believed that environmental factors play a key role in PD. Over the past 20 years, researchers have identified a multitude of factors that can be linked to disease development; traumatic brain injury, pesticide exposure, organic solvents, high-temperature cooked meats, heterocyclic amines, respiratory and gastrointestinal infections and inflammation have all shown an association. On the contrary, factors such as smoking, caffeine, exercise have been associated with reducing development risk.

“The greatest risk factors for PD are likely environmental and not genetic,” stated Honglei Chen, of Michigan State University (MI, USA), and Beate Ritz, of the University of California Los Angeles (CA, USA), the co-authors of the paper. “Yet we know relatively little about environmental causes or triggers of PD onset and progression. Identifying these and defining ways to reduce their impact will be great research challenges for the coming two decades.”

In a review recently published in the Journal of Parkinson’s Disease, Chen and Ritz evaluate novel hypotheses and approaches that may help gain further insight into PD development and the role of the environment.

The Braak hypothesis of PD proposes that onset is due to the entry and propagation of a foreign pathogen which triggers the characteristic Lewy body pathology. According to this hypothesis, the pathogen enters through the nasal cavity and the pathology starts in the olfactory bulb and enteric nerves, taking years to reach the substantia nigra and initiate the motor symptoms.

This prodromal stage, the time before symptoms develop, may be key to determining the cause of PD and halting the progression to neurodegeneration and symptom presentation.

“This prodromal stage is of major interest for prevention efforts,” commented the authors. “Targeting factors that enter the body via the nose or gut has become even more important since the discovery that the alpha-synuclein protein-related Lewy pathology, which is characteristic of PD, was identified in the nervous systems of the olfactory pathway and the digestive tract.”

A second concept discussed by the authors is the exposome: the totality of human environmental exposures over an individual’s lifetime. Together with the Braak hypothesis, this concept could provide a theoretical framework for scientists to design studies into the investigation of causes of PD and potential ways to prevent its progression.

“We are at an exciting moment to unveil environmental contributions to PD development and progression by taking a life-course approach, considering prodromal stages of PD, and utilizing novel tools to assess environmental exposures,” they explained.

“The lifelong contributions of environmental factors to PD are difficult to characterize because of the decades-long prodromal stage of the disease and the difficulty in assessing environmental exposures during this stage. We nevertheless believe it will be possible to assess long-term exposures through large-scale environmental monitoring and by using novel biomarkers that reflect the exposome.”

Do gut bacteria eat drugs too?