Light-sensing retinal cells have been shown to adapt to low light, helping to improve our night vision. 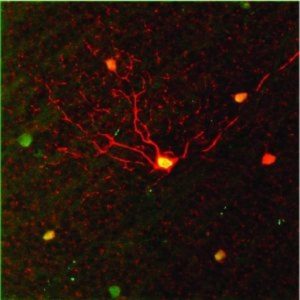 Retinal circuits that were previously thought to be unchanging are adaptable to different light conditions, say scientists from Duke University (NC, USA), who have identified how the retina reprograms itself for low light.

“To see under starlight, biology has had to reach the limit of seeing an elementary particle from the universe, a single photon,” commented Greg Field, assistant professor of neurobiology and biomedical engineering at Duke. “It’s remarkable at night how few photons there are.”

The findings, recently published online in Neuron, show that the reprogramming happens in the retinal cells sensitive to motion.

Detecting motion with one single reference point isn’t particularly effective, therefore movement is usually detected by one, or a combination, of the four direction-selective retinal ganglion (DSRG) cells with each type being specific to a direction of motion (up, down, left or right). However, results taken from mice retinas showed that in low light the ‘up’ DSRGs adapt their behavior and respond to any direction of movement. Its response, coupled with the weak response from the true directional neuron, increases the ability to detect motion.

It is unclear as to why only the ‘up’ DSRGs become motion generalists although it is likely due to prey foraging at night. It would be beneficial to adapt vision to see any predator that may loom upwards as it approaches its prey. “The prey have altered what they have to survive,” theorizes Field.

Patients with severe vision loss often complain of loss of motion perception. These recent findings regarding the adaptability of neurons may assist in the design of implantable retinal prosthetics.

“We’ve learned that large populations of retinal neurons can adapt their function to compensate for different conditions,” Field said. Now this adaptation to low light has been found, it begs the question of how many other adaptations there are.

Why time flies so fast as we get older