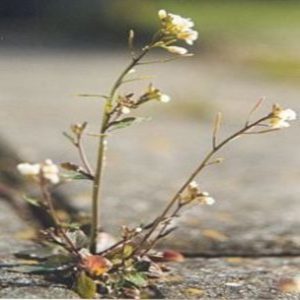 Plants remain rooted to the ground throughout their life cycle, continuously adapting and changing to tolerate external stresses in order to survive. Now, a new study published in PNAS reveals a group of cells in plant embryos that assess their surroundings and carry responsibility for making decisions.

One of the most important choices a plant will make is when to start flowering and when to initiate a new plant. “Seeds are plants’ ways of moving through both time and space,” said George Bassel from the University of Birmingham, who led the study. “We wanted to understand how seeds make the decision when to germinate.”

The fate of each individual seed depends highly on plant hormone metabolism and feedback, with abscisic acid promoting dormancy and gibberellin promoting germination. To start the investigation, Bassel’s team germinated Arabidopsis seeds and transplanted them into compost for growth. The researchers then used a mathematical modelling approach to explore hormone metabolic interactions underlying the control of seed dormancy. By looking at abscisic acid and gibberellin gene expression, they revealed feedback responses for both hormone synthesis and degradation.

“We started with no understanding of where seeds make the decision to germinate, so it took a lot of time examining where genes are turned on to be able to identify where this is occurring,” said Bassel. “With patience and repetition we eventually reached a clear conclusion.”

The researchers found that plants respond to these hormones in separate areas of the embryonic root using cross-talk through hormone transport. “This initially came as a total surprise. We would have expected these hormones to act in the same cells given they antagonize one another,” said Bassel. “In fact, it makes more sense for them to be separated into different cell types in order to give seeds the behavior they wanted.”

Abscisic acid and gibberellin modulate their own and one another’s expression levels, communicating via hormones between cells within the seed. Their separation seems fundamental for the proper function. The cells involved constantly monitor fluctuations in the surrounding temperature and actually use those changes to decide when to break dormancy. Interestingly, the team found that light is not a factor controlling dormancy; light actually blocks the germination of seeds that are no longer dormant.

This research provides a model for understanding the timing and control of germination in seeds. “We would like to see if the same principles apply in crop species and use the information to synchronize germination, which will lead to enhanced food security and a reduction in herbicide use,” said Bassel.