The Epstein-Barr virus (EBV), which causes mono, has been linked with an increased risk of seven other disease including IBD, lupus and diabetes. 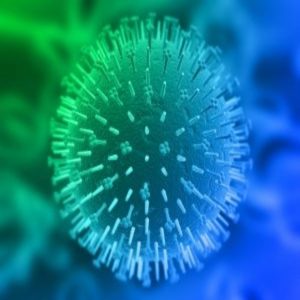 Scientists at Cincinnati Children’s Hospital Medical Center (OH, USA) have demonstrated that a protein produced by EBV binds to loci along the human genome that are linked to seven other major diseases. The results, published in Nature Genetics, show that previously unrelated factors can have an epigenetic effect on the human genome, increasing risk of disease. The implications for the future are only just emerging, but the causes and mechanisms of some of these diseases, such as lupus, are becoming clearer with these findings.

“Now, using genomic methods that were not available 10 years ago, it appears that components made by the virus interact with human DNA in the places where the genetic risk of disease is increased,” explains author John Harley.

When infected with EBV, patients can suffer with mononucleosis, or mono. Some of the symptoms can include weeks of fatigue, sore throat and fever. These are the body’s response to the EBV-infected B cells that make up part of the immune system’s defences.

However, the exact mechanism of the infection has not always been clear. Hence, this new study is shedding much needed light on the process. The team believes that EBV hijacks the immune system by releasing a protein, EBNA2, which interacts with transcription factors in the body, changing their shape and therefore their function. These transcription factors are responsible for turning genes on/ off along the genome.

Whilst mono is debilitating most patients do recover. The link to what can be far more serious diseases is the cause of concern. The seven diseases linked to EBV are: systemic lupus erythematosus (SLE), multiple sclerosis (MS), rheumatoid arthritis (RA), juvenile idiopathic arthritis (JIA), inflammatory bowel disease (IBD), celiac disease, and type 1 diabetes.

Mono and lupus have been linked with EBV in previous studies and John Harley, who has researched lupus his whole career, hopes this research may encourage more research and initiate the potential development of treatments.

"This discovery is probably fundamental enough that it will spur many other scientists around the world to reconsider this virus in these disorders. As a consequence, and assuming that others can replicate our findings, that could lead to therapies, ways of prevention, and ways of anticipating disease that don't now exist."

Co-author Leah Kottyan agrees and believes the research may even prompt the development of an EBV vaccine:

“I think we’ve come up with a really strong rationale for encouraging people to come up with more of an effort. Some EBV vaccines are under development. I think this study might well encourage them to push forward faster and with rededicated effort.”

The team believes strongly in collaboration in order to bring the future possible treatments forward and are determined to make their research available to as many people as possible, as co-author Matthew Weirauch explained

“We are going to great lengths to not only make the computer code available, but all of the data and all of the results. We think it’s an interesting approach that could have implications for many diseases, so we’re contacting experts on the various diseases and sharing the results and seeing if they want to collaborate to follow up on them.”