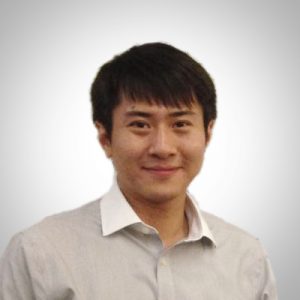 Essential to the study of, and response to viral outbreaks, is the development of recombinant-viral proteins. These proteins can be used in a number of regions in infectious disease research, including the study of host–virus interaction and viral evolution, therapeutic development and evaluation, diagnostic design and vaccine development.

One company well versed in the discourse of recombinant proteins is Sino Biological (Bejing, China), who provide these products for researchers operating in fields of study from signal transduction to cancer biology. At the beginning of the COVID-19 outbreak, Sino Biological was well-positioned to respond, and did so rapidly, providing antigens and antibodies of SARS-CoV-2 for diagnostic and research functions. In this interview, Yuning Chen, R&D Manager at Sino Biological, describes the company’s work in infectious diseases, their rapid response to COVID-19 and comments on the possibilities of universal vaccines and the future of recombinant proteins.

How does Sino Biological operate within the infectious disease research space?

Generally speaking, our main attribute to the field of infectious disease research is the speedy development of recombinant viral proteins to facilitate the study of viral biology and virus-specific antibodies for their detection and identification.

Beyond proteins of SARS-CoV-2 and other coronaviruses, we have established a library of proteins from influenza viral strains and many other virus families. These libraries benefit applications such as universal flu vaccine development. These proteins serve as excellent starting materials for anti-virus antibody development campaigns to yield highly specific antibodies.

We also engage with diagnostics and have formulated a microchip for high-throughput disease diagnostics using a panel of viral proteins for upper respiratory infections.

How do some of these products and operations tie into the ongoing response to the COVID-19 pandemic?

Our SARS-CoV-2-related recombinant protein/antibody products have been widely used by researchers across different disciplines and have since generated almost 500 citations so far. In fact, the recombinant RBD was used in an early study to establish the interaction between spike protein and human ACE2 (DOI: 10.1126/science.abb2762). On the other hand, one main attribute of our reagents in COVID-19 response is to accelerate the progress in serological assay development against SARS-CoV-2. Since the outbreak, we have been actively tracking the change and movement of the virus to make our products “up to date”.

We have developed the wild-type (WT) spike protein, its segments (e.g., S1, RBD, S2), and a series of mutant proteins. The WT S1 segment has been used as core ingredients in several serological assay kits developed by our clients worldwide. The mutant proteins have also been actively used by scientists to assess the phenomena of “antibody evasion” caused by the mutagenesis of key residues in the spike protein.

Lastly, our high-throughput HEK293-based antibody/protein platform was heavily involved in a custom project to produce >600 antibodies derived from convalescent plasma, among which several have shown therapeutic potential and are in the process of being developed into therapeutic antibodies for COVID-19.

Sino Biological put forward a series of antibodies against SARS-CoV-2 early on in the pandemic. What are your strategies for such quick responses?

The 2003 SARS outbreak was the first well-documented coronavirus outbreak. To prepare for any possible future outbreaks of SARS-CoV and other upper respiratory viruses, especially coronaviruses, we have invested substantial resources to develop SARS-CoV-related antigen proteins and antibodies. Since SARS-CoV-2 and the previous SARS-CoV share great sequence similarities in their critical protein components, we had a quick start by screening our anti-SARS-CoV antibody library using the SARS-CoV-2 recombinant proteins to identify cross-reactive antibodies with excellent sensitivity against SARS-CoV-2.

This “fast-track” approach essentially allowed us to skip the animal immunization step, which would take a few weeks to complete. Taken together, I would say the preparedness for future outbreaks and a collection of high-quality reagents truly gave us a big boost in the response to the COVID-19 pandemic in the early stages.

How can you keep up with and counter the rapid spread and evolution of viral targets?

Viruses, especially RNA viruses, are notorious for their high mutation rates. Here at Sino Biological, we are constantly monitoring the change of SARS-CoV-2 via online data sources such as GISAID and other government resources (e.g., US CDC, WHO). Once a mutation of concern is identified, we can quickly modify the WT expression vectors and express the mutant proteins via the established protocols. For spike protein, depending on the location of the mutation, we routinely use HEK293 cells to express S1 and RBD proteins, while the insect system is often used to produce full-length spike ECD.

I would also like to mention the advantages of our high-throughput protein/antibody expression platform. It is HEK293-based and produces proteins in shaker flasks rather than culture plates. The results generated this way are more relatable to further scale-up, and we can make ~100 mutant RBD proteins per week, if necessary. This platform is a powerhouse to generate mutant protein libraries large enough to support antibody evasion assays and identify potentially critical mutations.

Your work with infectious diseases extends far beyond just SARS-CoV-2 research though. Please can you tell us about your viral antigen bank and its applications?

I believe it is important to learn from the past pandemics to better prepare for the future, which at this point seems more a question of “when” instead of “if”. The viral antigen bank (ProVirTM) was established based on this notion, and we are in the process of trying to express a variety of viral proteins covering as many virus families as possible. We believe the knowledge and experience gained from this work would help the speedy development of proteins from novel viruses as well.

The ProVirTM viral antigen bank contains a collection of over 1,000 products from 45 different virus types and 350 strains. This includes influenza HA, NA, and NP proteins, as well as a variety of antigens of other viruses such as Ebola, Zika, RSV, HPV, and HIV. Utilizing various expression hosts, ranging from eukaryote cells (HEK293 and insect) to prokaryotes (E.coli), we are able to produce not only viral structural proteins that mediate host interactions but also active virus enzymes that carry out key catalytic functions crucial for viral propagation and assembly. The ‘antigens’ in the ProVirTM bank are; therefore, useful beyond antibody generation and can be used to screen novel therapeutics.

Do you have any tips for best practices for generating high-quality recombinant viral proteins with complicated structures and post-translational modifications?

Based on their locations in a virus particle, viral proteins carry out unique functionalities that are often determined by their high-order structure and post-translational modifications (PTMs). To produce a biologically relevant recombinant viral protein, it is important to pay attention to several factors.

In host cells, cellular machinery largely impacts the folding and the type of PTMs added to the protein of interest. Since viral surface glycoproteins usually have complex structures and rely heavily on glycans for evading the immune system, we find eukaryote cell hosts, such as HEK293, are most suitable for these proteins. On the other hand, prokaryote cells, such as E.coil, are sufficient in producing enzymes and proteins that stabilize the virus genome (e.g., nucleocapsid protein of SARS-CoV-2). Insect cells are versatile hosts and they can be used as an alternative in producing essentially all types of viral proteins. What’s more, glycoproteins produced from insect cells contain shorter glycan chains, a feature that is appealing for works in structural biology.

When it comes to protein localization, HEK293 and insect cells are routinely used to express secreted proteins (e.g., the ectodomain of viral surface glycoproteins), while E.coil is usually the main workhorse for producing intracellular proteins.

Some viral proteins, especially certain glycoproteins, often exist in an oligomeric state. Thus, accessory motifs are sometimes required to facilitate the oligomerization of viral proteins. We find motifs such as foldon and VASP are useful to obtain protein trimmers and tetramers, respectively.

Lastly, optimization of the purification procedure is also recommended, and special attention should be paid to the order of chromatography, pH and salt content of the buffer, as well as additives for protein stabilization. For example, to purify a recombinant glycoprotein, we often use a two-step approach (an affinity column followed by an SEC step) to capture the target protein and obtain the fraction with the correct oligomeric states. When it comes to your selection of purification step, the size and location of the affinity tag should be carefully considered, while an engineered protease cleavage site (we often use 3C protease) is preferred between the protein-of-interest and affinity tag to enable its removal, if necessary.

What impact do you think COVID-19 has had on the landscape of virus-related biological reagent development?

It is somehow true that a common enemy is all we need to unite people from different backgrounds. For COVID-19, the worldwide scientific community has demonstrated unity and resilience. Advances in next-generation sequencing provided us with SARS-CoV-2 genome information just weeks after the outbreak. Since that first genome, biologics of all shapes and forms, ranging from recombinant proteins, antibodies and pseudoviruses to vaccines and antibody therapeutics, have been developed at unprecedented speed. It seemed that years of accumulative knowledge of the field of life science converged to combat this pandemic. I think COVID-19 has shaped the realm of biological reagent development by accelerating the speed of discovery, the emergence of new reagents, and the acceptance of the power of a multi-component regimen in the treatment and diagnosis of novel viruses.

The development of “universal vaccines” is being touted as a way to counter the rapidly evolving nature of viruses. Can you comment on this approach?

Viral proteins do share certain structural features that are similar between different variants, and those regions are exploited for the development of universal vaccines. Various efforts have focussed on the stalk regions of influenza HA proteins and HIV glycoproteins with limited success at this point.

For coronaviruses, a recent publication has shown that antibodies interacting with the S2 region of the SARS-CoV-2 spike also exert cross-reactivity against the spike protein of other coronavirus strains (SARS-CoV, MERS-CoV, and seasonal flu CoV). This indicates the potential for the development of a universal CoV vaccine.

Due to the divergence of viral protein sequences, I believe it would be challenging to identify a single protein formula vaccine. A combined regimen of several proteins might provide more leeway to cover the similarities between viral proteins. Thus, the protein antigens in the ProVir™ bank are helpful in this endeavor to provide a basis for identifying the combination of proteins that elicit the most broad-spectrum neutralizing antibodies.

We are actively working with collaborators such as DistributedBio for the development of universal flu vaccines using our influenza protein collection. This is, without doubt, a long and winding road, but I believe with the current structural-based protein design and high-quality recombinant viral proteins, we should be able to see a few prototype versions of universal vaccines in the near future.

What do you think the future might hold for outbreak response in general?

The ordeal of COVID-19 is a wake-up call with the painful realization that future pandemics might be inevitable. However, the tools, strategies, and knowledge we have gained from this pandemic are certainly valuable. I believe more investment from either governments or private sectors will be added to pathogen-related research for the development of more universal toolsets and strategies, as well as to promote general public education for a better response to future outbreaks.

If you could ask for one thing to improve your ability to respond to and control viral outbreaks, what would it be?

We can’t predict when or where the next outbreak will hit, but I think a more stringent pathogen surveillance system would be invaluable to prepare for future outbreaks. Public pathogen genome sequence databases such as GISAID are good places to start, and I would love to see the emergence of more of such publicly available resource centers. I believe Sino Biological is willing to work with such organizations to facilitate the study of past and current outbreaks and get ready for incoming challenges.

In association with Sino Biological.