A new CRISPR enzyme, developed to target RNA, has been tested as a treatment for dementia. 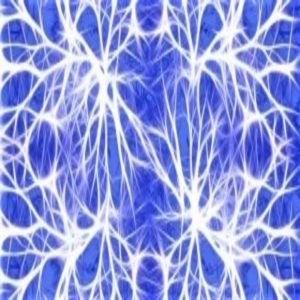 Scientists at the Salk Institute (CA, USA) have produced a new gene editing technology to cut RNA. The tool, named CasRx, comes from the same family of CRISPR enzymes as Cas9 but has expanded the gene editing tool box from DNA to RNA. In an experiment published in Cell, the team were able to correct a protein imbalance in a neuron exhibiting frontotemporal dementia (FTD).

CRISPR has been revolutionary in developing tools to treat genetic or gene -elated disease. However, there are some diseases that can occur due to toxic or improperly spliced RNA such as FTD. If a strand of DNA can be targeted then it follows that RNA can be too.

“We began the project with the hypothesis that different CRISPR systems may have been specialized throughout an evolutionary arms race between bacteria and their viruses, potentially giving them the ability to target viral RNA.”

To search for these potential CRISPR systems, the team utilized a bacterial DNA database. They identified the enzymes that target RNA and screened them to find the ones that would work best in human cells. They then put it into action to properly test the enzyme.

“Once we engineered CasRx to work well in human cells, we really wanted to put it through its paces,” commented Konermann.

The team chose to experiment on neurons taken from a patient suffering with FTD. In this neurodegenerative disorder the ratio of the alternative versions of the tau protein are unbalanced. CasRx was delivered into the cells via a viral vector. It targeted the overabundant version of tau protein, restoring balance with 80% effectiveness.

Co-author Patrick Hsu is hopeful the new technology, adapted from nature, will expand the genetic tool box enabling the development of more therapies for disease:

“Nature is full of so many secrets, it’s really a rich, untapped resource for inventing new technologies.”

In vivo CRISPR enters the clinic