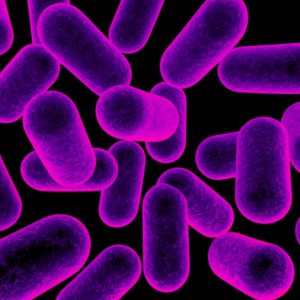 Researchers from the University of Wisconsin-Madison (WI, USA) have developed a new way to use CRISPR, this time as a potential method for reducing antibiotic resistance. By targeting the genes most effected by existing antibiotics, it is possible to determine how best to improve the drugs or how to develop new ones.

“What we need to do is to figure out new weaknesses in these bacteria,” commented system developer Jason Peters.

Traditionally, the CRISPR system is used for gene editing, cutting DNA at the target gene and making edits while the cell repairs the damage. In comparison, this new method, known as Mobile-CRISPRi, works by binding to DNA and blocking other proteins from gaining access and activating transcription, thereby reducing gene expression and protein synthesis.

CRISPRi is a defanged form of CRISPR that has been engineered to be unable to cut DNA due to a catalytically inactive Cas9 protein. To make it mobile, the team utilized the process of conjugation, a kind of bacterial sex where bacteria link up and exchange DNA. This allowed the CRSIPRi to be transferred from an E. coli model into the disease-causing species being studied. These included Pseudomonas, Salmonella, Staphylococcus and Listeria, among others.

“You basically mix the bacteria together and it happens,” Peters commented about conjugation; “It doesn’t get much easier than that.”

The results, recently published in Nature Microbiology, showed that when the amount of protein that is targeted by the antibiotic is reduced, the bacteria becomes much more sensitive to the drug at a lower concentration.

When discussing the meaning of his technique, Peters stated: “What that means is that you can now do studies on how antibiotics work directly in these pathogens. That could give us a better clue about how these drugs work in the different organisms and potentially what we can do to make them better.”

Manipulating genes in established cultures of lab bacteria such as E. coli is relatively simple, the problem comes when dealing with bacteria recently isolated from their previous environment. The Mobile-CRISPRi system could be easily transferred and open doors for understanding how bacteria colonize.

Peters is offering the use of the new system to other labs, allowing other researchers to study the germs of their choice.

“So now it’s going to be completely available to the community,” said Peters. “Now this gives people a path forward.”

CRISPR edits DNA outside of the cell for the first time

CRISPR vs COVID-19: how can gene editing help beat a virus?

Stockpiling, sharing and shopping for antibiotics: a hazard to public health