In 1888, a series of murders in London’s East End started a mystery that continues to horrify and fascinate those who hear it. With his true identity unknown, a man known purely by the ominous moniker ‘Jack the Ripper’ committed multiple, brutal murders across Whitechapel (London,UK), crimes for which no one was ever convicted. It remains one of history’s most infamous unsolved murder cases, a seemingly perfect crime.

The exact number of murders Jack the Ripper was responsible for is unclear. During 1888 and 1891, 11 women were found dead with each killing showing extreme brutality. However, five of the cases are considered most likely to be linked due to the similarities in wound pattern and have henceforth been known as the canonical five: Mary Ann Nichols, Annie Chapman, Elizabeth Stride, Catherine Eddowes and Mary Jane Kelly. Each girl had their throat slit and, with the exception of Stride where it was believed he was interrupted, their abdomen mutilated. The severity of mutilation increased as the series progressed; while Nichols was left with deep abdomen lacerations, Kelly was found with an abdomen emptied of its organs and was missing her heart.

The use of forensics at the time was limited, with the police lacking the techniques of today. Forensic science was yet to be a standard feature of criminal investigation and it would be another 5 years until such work was first applied. 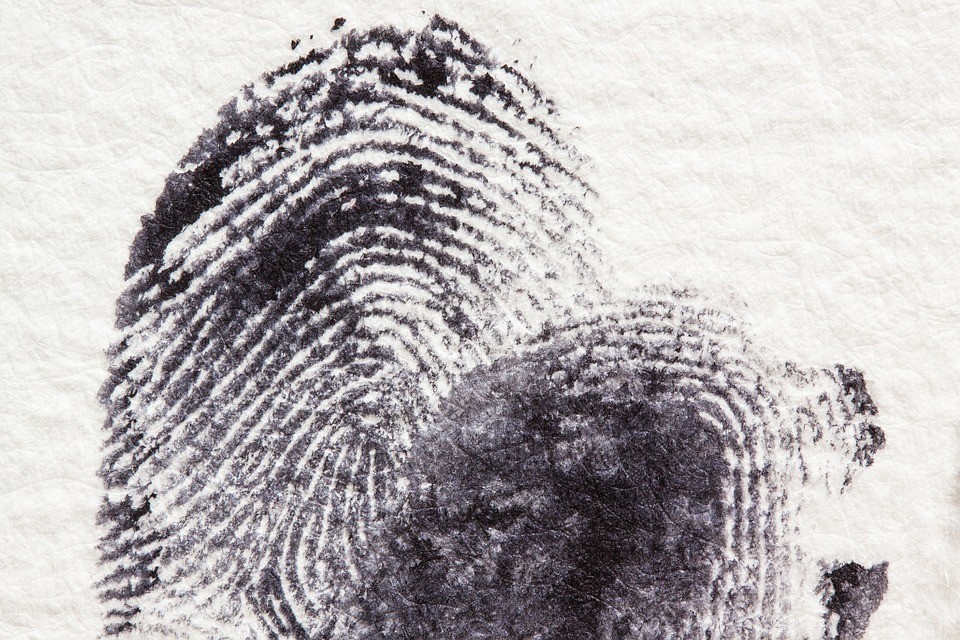 Now, 131 years later, forensic criminologists are still attempting to solve this potentially unsolvable crime. In that time, the so called ‘Ripperologists’ have come up with multiple hypotheses based upon modern day psychological criminal profiling techniques and forensic tests, though over the years evidence has been compromised and fake leads have been presented, meaning that no concrete conclusion has been drawn; however, this has not deterred the more determined Ripperologists.

In 2014, amateur detective Russell Edwards published a book titled ‘Naming Jack the Ripper’ [1], claiming that he had definitively proven the identity of Jack the Ripper based on DNA evidence taken from a scarf, supposedly left at the scene of the Eddowes murder. In an article written for the Daily Mail [2], he detailed how the scarf had been passed down the generations of a sergeant on the case, Amos Simpson, who had originally taken the scarf from the police to give to his wife.

It is a controversial piece of evidence in the Ripper case. In 1991, David Melville-Hayes, great-grandson of Simpson, gave the scarf to Scotland Yard’s Crime Museum (London, UK) where it was rejected for display and kept in storage due to the lack of proof of it as evidence. When it was later auctioned off in 2007, it was dismissed by most experts in the case, though Edwards believed that he “had hit on something no one else had noticed” and so bought it.

Working alongside Jari Louhelainen from Liverpool John Moores University (UK), they found that the scarf contained two stains that could provide biological evidence of both the victim and the killer; a blood stain “consistent with arterial blood spatter caused by slashing” and a semen stain [2].

Unable to use the standard swab method of collecting DNA due to the age of the sample, Louhelainen used a DNA extraction technique he developed called ‘vacuuming’, allowing for the removal of the genetic material from the cloth without damaging it. Using whole genome amplification, he amplified the volume of DNA available to allow for profile matching.

With the original individuals long dead, the DNA samples were compared with those of their descendants. The three-times great-granddaughter of Eddowes, Karen Miller provided a DNA sample that was shown to be a match which, according to Edwards, proved “the shawl was authentic and was at the scene of the crime” [2].

For identification of the killer, the pair turned to a descendant of one of the police’s most credible suspects, Aaron Kosminski. Kosminski was a polish Jew that had been described as a misogynistic, paranoid schizophrenic who suffered from auditory hallucinations, he was committed to a mental asylum shortly after the final killing took place. The extracted DNA was compared to that of a female descendant of Kosminski’s sister and results showed a 99.2% match. Louhelainen also claimed that he could “ascertain the ethnic and geographical background of the DNA,” determining that the killer had dark hair and was of Russian–Jewish ethnicity [2].

The Daily Mail article ended with bold claims from both Edwards (“I have solved the mystery”) and Louhelainen, who commented that he was “satisfied that we have established, as far as we possibly can, that Aaron Kosminski is the culprit” [2]. 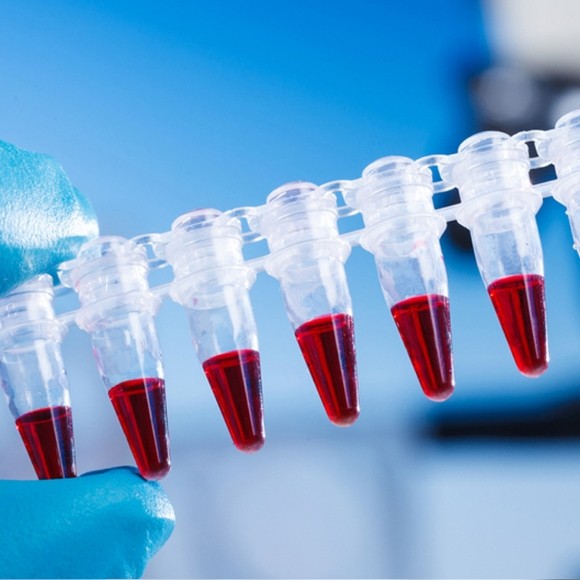 However, the rest of the world of forensics disagreed. It appeared that Edwards had jumped to conclusions that lacked back up and found connections that could be described as thin at best and while Louhelainen appeared satisfied with his results, many other geneticists were not. Only 1 month after first making headlines, the results were widely discredited due to an error of nomenclature in the DNA analysis.

Never peer-reviewed, the study was only described in Edwards’ book, with Louhelainen giving a simplistic explanation of his findings: “This DNA alteration is known as global private mutation (314.1C) and it is not very common in worldwide population, as it has frequency estimate of 0.000003506, i.e. approximately 1/290,000. This figure has been calculated using the database at Institute of Legal Medicine, GMI, based on the latest available information. Thus, this result indicates the shawl contains human DNA identical to Karen Miller’s for this mitochondrial DNA segment” [1].

Expert geneticists noticed the error in Louhelainen’s work, stating that the mutation in question should be 315.1C rather than 314.1C, had this been corrected he would have found the mutation was common and could be found in more than 99% of individuals of European descent.

“If the match frequency really is 90 percent plus, and not 1/290,000, then obviously there is no significance whatsoever in the match between the shawl and Eddowes’ descendant, and the same match would have been seen with almost anyone who had handled the shawl over the years,” commented Alec Jeffreys (University of Leicester, UK), the inventor of genetic fingerprinting [3].

Despite the backlash, Louhelainen stood by his conclusions stating that the error in nomenclature does not alter the profiling match and the probability of such a match occurring. However, due to the lack of technical data, geneticists agreed that it was impossible to truly assess the accuracy of such claims. 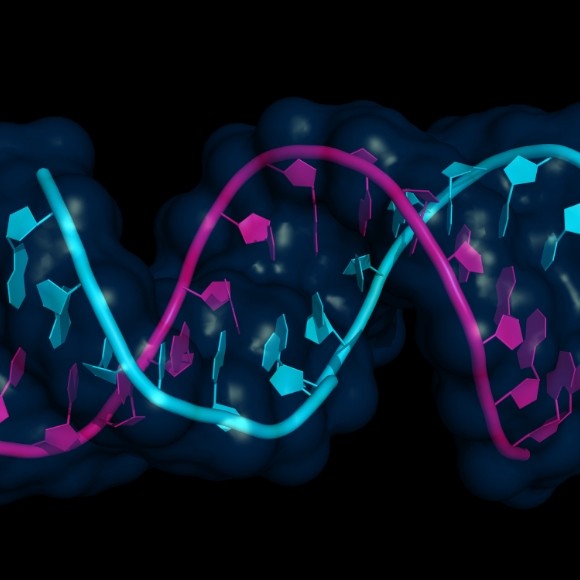 Five years on and the study has resurfaced as Louhelainen and colleague David Miller (University of Leeds, UK) finally published their results in the peer-reviewed Journal of Forensic Sciences [4]. The authors describe the extraction and amplifying techniques they used, giving, what they describe to be, “the most systematic and most advanced genetic analysis to date regarding the Jack the Ripper murders” [5].

Though giving a more detailed coverage of their experiment, it is unlikely that this paper will win over their previous critics, with it having already been branded as “unpublishable nonsense” by many archaeological geneticists, who dispute the scientific accuracy of the work [6].

Key details about the specific variants identified have been omitted from the report and they are instead represented as simple box graphics, supposedly done to make the paper more understandable to a lay individual. Many scientists take issue with this decision, with Walther Parson of Innsbruck Medical University (Austria) having commented, “I wonder where science and research are going when we start to avoid showing results but instead present colored boxes” [5].

Mitochondrial DNA analysis expert Hansi Weissensteiner, also from Innsbruck, questioned their choice of method: “based on mitochondrial DNA one can only exclude a suspect” he commented, noting that mtDNA can only be reliably used for determining a lack of a genetic link rather than proving two people are related [5].

Bring back the Science

Though the paper has gained such recognition due to its link to the Ripper murders, the authors have denied that the study was performed based on a criminological motive. “The initial aim of this project was not to actually solve the Jack the Ripper murders, but to evaluate how far the science can be stretched to analyze over-100-year-old biological samples that are available only in minute amounts,” they explained [7].

Overall, their scientific work seems overshadowed by the bold claims that they have put forward. A greater focus on the DNA sequencing techniques would likely be more important to the field of forensics than attempting to solve a mystery so long unclear. Detaching the murderer from the molecules and shifting the attention back to sequencing may gain more attention and bring further research into an area with high potential.

So, has the case of Jack the Ripper been closed? Unlikely; the mystery lives on and it is likely to stay that way. However, advancing the science of sequencing historical DNA could uncover facts about many other past mysteries and it could make detectives out of geneticists yet.