In the quest to understand chromatin structure, researchers have developed a new method to create and remove chromatin loops on demand. 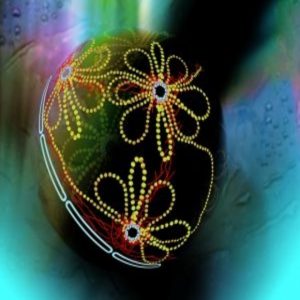 The first step in understanding our genome was to decode its 3.2 billion nucleotides. When the human reference sequence was first published, it gave us new insights into our genes and the various regulatory regions controlling their expression. But it turns out that sequence alone is not enough to decipher all the inner workings of our genome—how the DNA twists, turns, loops, and curls is also critically important.

Within the cell, DNA is wrapped around histones and packaged into huge DNA–protein complexes know as chromatin. The structure of chromatin is becoming increasingly interesting to researchers, since the way in which DNA is packaged relates directly to how it’s ultimately transcribed and, therefore, which proteins are produced and where and when.

The tricky part has been developing methods to explore regions of genomic DNA that at first glance might appear to be distantly separated but are in fact interacting with one another. Scientists have relied on techniques such as chromosome conformation capture (3C), which uses crosslinking and restriction digests to identify spatial interactions within chromatin, or a variety of next-generation sequencing approaches (ChIP-seq, ATAC-seq, DNase-seq) to identify genome-wide chromatin states.

While these methods have yielded valuable insights into chromatin structure and interactions, the ability to manipulate chromatin directly and determine the effects of this manipulation would be a powerful means for understanding the importance of DNA structure. With this in mind, researchers from Stanford University set out to develop a technique for quickly creating, or even removing, chromatin loops (1).

Stanford University School of Medicine researcher Kevin Wang and his colleagues wanted to find a simple, yet robust method for inducing chromatin looping in cells on demand. The goal was to be able to manipulate nuclear architecture in such a way that hypotheses about interacting regions and how chromatin loops are generated and maintained could be experimentally assessed.

To test interactions between two genomic sequences, Wang and his team first needed to find a way to specifically target those regions of interest and then induce a connection between the target sites. To solve the first challenge, the researchers turned to a tool that provides genomic targeting specificity with a broad host range—the CRISPR/Cas9 system.

Wang’s team used a nuclease-deficient Cas9 (dCas9) that, along with a guide RNA, would act as a “homing vehicle” capable of both targeting very specific regions of the genome and carrying a payload. Since dCas9 is nuclease deficient, there would be no genome-editing in the cells expressing it, only targeting.

For the payload to generate chromatin loops, the researchers took advantage of two dimerizable protein domains (ABI1 and PYL1) from the plant phytohormone S-(+)-abscisic acid (ABA) signaling pathway that could be attached to dCas9. In the presence of ABA, these domains would come together to create an attachment. Wang’s team realized that by fusing the dimerizable domains to the ends of dCas9 and then adding ABA, it would be possible to generate a connection between two different genomic regions to form an artificially induced chromatin loop. They call their CRISPR/dCas9–ABA system CLOuD9 (chromatin loops reorganization using nuclease-deficient Cas9) for short.

To test CLOuD9, the authors first looked at whether or not the method could generate reversible chromatin looping within the human globin locus and between Oct4 and a distal 5´ enhancer. In both instances, reversible chromatin loops were generated and confirmed using the 3C technique, with each loop resulting in a change in the gene expression levels of either the β-globin gene or Oct4. Importantly, when ABA was removed and the cells were washed, the interactions and chromatin looping could be reversed.

With a working system in hand, Wang and his colleagues asked another question: How long could these ABA-induced chromatin loops exist in cells? Their initial data showed that when ABA was removed at 72 hours, the cells lost their chromatin loops. But subsequent data showed that after 10 days of ABA treatment, the cells actually retained the induced chromatin loops, even after the ABA was washed out. To understand why this might be the case, mass spectrometry was used to look at the proteins surrounding the chromatin loops at different timepoints between 72 hours and 10 days. Wang and his colleagues discovered that by 10 days, two RNA helicases were being recruited to the induced chromatin loops, likely working to help maintain the structure. The authors wrote that this result suggests “a possible novel regulatory mechanism of RNA helicases in stabilizing genome topology.”

In the end, new approaches such as CLOuD9, along with established techniques such as 3C, are creating a larger epigenetic toolkit allowing biologists to uncover new insights into the complex structures and regulatory mechanisms underlying chromatin structure and function. And early CLOuD9 results clearly show that as this toolkit grows and improves, we’ll likely learn even more surprising facts about how chromatin operates.