A new map detailing genetic variation, or its absence, is helping to identify mutations responsible for developmental disorders. 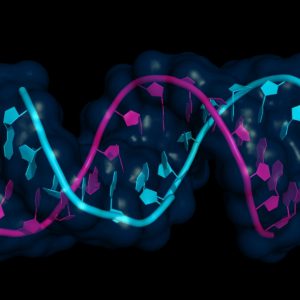 Recent research lead by Aaron Quinlan from U of U Health (UT, USA) has developed a detailed map of the human genome, documenting regions of DNA that experience very little heterogeneity between different genomes. These regions of low genetic variation are referred to as being highly constrained and the team believes that they could indicate genes involved in the pathogenesis of developmental disorders.

Using data from 123,126 human genomes taken from the Genome Aggregation Database, Quinlan and his team observed variation in the human genome, specifically searching for regions that lacked it. Their findings were then used to create a map detailing the locations of these “constrained coding regions” (CCRs).

Analysing the CCRs the research team found that the most highly constrained CCRs were enriched for mutations that result in developmental disorders such as developmental delay, seizure disorders and congenital heart defects. This information supports the researcher’s hypothesis that these CCRs, so resistant to variation, are indicative of regions that, when they are mutated, can be the route cause of severe developmental diseases and other pathogenesis.

“A gene as a whole might be able to tolerate variation, but variation in one critical section could have serious developmental consequences,” explains first author James Havrilla (U Health).

Quinlan states that, as well as established pathogenic genes, genes that have yet to be associated with disease often harbour one or more CCRs and he believes that a mutation in these regions could result in disease. “We are confident that these genes play a role in development of disease, but we currently know little about their role. That’s where the exciting potential for discovery is.”

Whilst Quinlan warns that this map is best suited for identifying dramatic phenotypes such as facial dimorphisms, developmental disease or congenital heart defects, the map could still prove a

particularly handy tool for researchers in finding new genes and regions of DNA responsible for the pathogenesis of diseases. “The map we created will provide the community with a resource to study genes that heretofore had no disease association,” Quinlan said. “The beauty and power of this approach is that, as we obtain more data from ever more human genomes, we can continue to improve the resolution of this map to pinpoint areas to study for disease.”