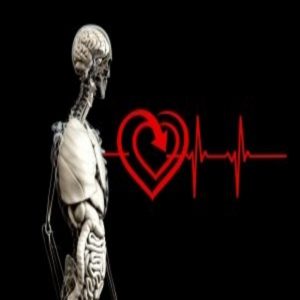 Researchers from the University of Oxford (UK) have developed computer simulations that are able to outperform animal models in drug trials to predict the clinical risk of drug-induced arrhythmias. The group were able to test a new cardiac drug in a virtual human for adverse side effects with an accuracy of 89–96%. The results, published in Frontiers in Physiology, demonstrate the advantages of using computer simulations over animal models in early drug trials, and the improvements these approaches can make to drug safety.

Using animal models to test new drugs is a crucial component of almost every drug trial. It allows researchers to assess the performance of the drug in living systems. However, despite their many genetic and physiological similarities, drugs perform differently in humans than they do in animal models, such as mice. Utilizing animal models is also expensive and time consuming, not to mention the growing moral objection to their use.

Therefore, there is a need for preclinical testing that is accurate and able to perform better than traditional models. Computer simulations of human models can be a cheaper, faster and less controversial solution.

The researchers identified ethical and translational models and set out to create a virtual human model that could accurately predict cardiotoxicity. They set out to test in silico, or computer-based, drug trials in populations of human action potential models. They observed if they could accurately predict the clinical risk of arrhythmia and assessed the accuracy of their results against traditional experimental assays.

The authors believe their results reveal that human computer simulation drug trials are a powerful tool for predicting arrhythmia. They anticipate that the methodology could be integrated into current drug safety pipelines and could even begin to reduce the usage of animal models for comparable testing.

The research has already won an international prize for its contribution toward replacing, refining and reducing the use of animals in research and testing. The group are now working on 3D simulations of the human heart to further explore cardiac safety. The work constitutes part of a wider effort – the European CompBioMed project – which aims to take these models to the next level and build a virtual human.

Fisetin: a drug to combat the aging process?