Could a Snail Provide the Answer to the Opioid Crisis? - BioTechniques

Could a humble, yet deceptively dangerous, snail provide the answer to the opioid crisis? 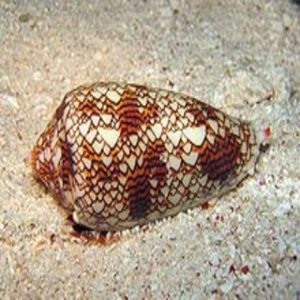 Deep within the ocean live thousands of fierce predators gliding silently though the water armed with jagged teeth or lurking in caverns, darting out to ensnare unsuspecting prey. Others slide slowly across the ocean floor, seemingly innocent, but with a single kiss from a tiny proboscis, an animal such as a cone snail can kill a human. In fact, 70% of humans stung by cone snails die. Despite the danger, however, it turns out that cone snail venom presents a unique opportunity to understand the mysterious means by which neurons communicate.

The first hints of the potential for cone snail venom emerged a few decades ago when Baldomero Olivera completed his postdoctoral studies at Stanford University and returned home to the Phillipines in 1968. Upon arrival, he was shocked to find a sparsely equipped lab and a lack of the tools and reagents to which he had grown accustomed. After wracking his brains to find a research project he could do in his new lab, he finally settled on determining how cone snails—which were prevalent in the Phillipines—killed. “I thought this would be a short-term project, and that after a while, I could return to DNA replication,” he said in a seminar.

Olivera and his team collected the snails, extracted their venom, and then injected venom fractions into mice hanging from a screen. As the extracts paralyzed the mouse paws, they fell. Much to his surprise, Olivera found that measuring the falling time allowed him to quantitate the paralytic activity of a certain venom fraction. In the end, he isolated two peptides, α-conotoxin GI and mu-conotoxin, the paralytic components of snail venom.

“So you might ask, well, that was a long time ago. Why are you still working on cone snails today?” Olivera said. “The answer is that very often when you’re focused on a certain question, you stumble on something that’s more interesting along the way.”

Olivera moved to the University of Utah in 1970, where he opened his lab to undergraduate students who were interested in learning to do research. There are more than 800 species of cone snails, so each eager undergraduate selected the snail they wanted and set about uncovering the secrets of its particular venom cocktail.

The magician cone snail caught undergraduate researcher Michael McIntosh’s eye in the late 1970s, and he decided to purify a peptide that caused tremors when injected into the mouse central nervous system. Once he purified, analyzed, and synthesized the peptide, McIntosh and Olivera named it ω-conotoxin MVIIA (1).

Over the years, Olivera’s team discovered that ω-conotoxin MVIIA blocked voltage-gated calcium channels at neuromuscular junctions, preventing the neuron carrying the action potential from releasing the neurotransmitter required for the muscle to contract. At least, that’s how it works in the fish the snail wants to paralyze and eat. In mammals, however, these calcium channels don’t reside at neuromuscular junctions; instead, they localize to pain circuits.

Over the next 25 years, Olivera and numerous collaborators studied ω-conotoxin MVIIA inside and out, hoping to take advantage of its localization to pain circuits. They tested every possible modification and alteration, and studied its structure, function, and the locations of the receptors it bound in mice and humans. Finally, in December 2004, the FDA approved ω-conotoxin MVIIA—synthetically produced, but in the exact form made by the snail—as a pain-relieving drug. “If you’re going to sell something as a drug, ω-conotoxin is not exactly the best name,” Olivera said. “Today, this drug is called Prialt, which is primary alternative to morphine.”

After completing his undergraduate work with Olivera, McIntosh went on to medical school at the University of California, Los Angeles, but he eventually returned to the University of Utah—and to cone snails—in 1992. Recently, he has focused on developing new pain medications, in part because of the success of Prialt, but also because of the rising opioid crisis in the United States.

Opioids are the go-to treatment for pain, but researchers estimate that nearly 12 million Americans abuse or are addicted to these drugs, increasing the risk for overdose deaths in the population. Public health initiatives so far address prescribing practices, treating addiction, and counteracting overdoses, but finding a pain medication that bypasses the opioid receptor altogether holds great promise for phasing out medical opioid use and reducing the risk for addiction and overdose.

“Cone snails have tens of thousands of compounds that have been selected over millions of years of evolution to selectively target receptors and ion channels,” McIntosh said. If Prialt was hidden among the toxins, McIntosh and other researchers argued that other analgesics must exist among the conotoxin peptides as well.

In the early 2000s, researchers in Bruce Livett’s group at the University of Melbourne discovered that an α-conotoxin, Vc1.1, alleviated pain in animal models. The conotoxin progressed all the way to Phase II clinical trials, but unfortunately failed at that level (2).

α-conotoxins target nicotinic acetylcholine receptors (nAChR), but during clinical trials for Vc1.1, its exact target was unknown. Subsequent studies showed that the peptide targeted the α9α10 nAChR, which potentially explained the failure of the drug; Vc1.1 has strikingly different affinities for the human and rodent receptors.

Although Livett did not succeed in introducing a new drug, his research identified α9α10 nAChR as a new—non-opioid—target for relieving pain. In fact, his mouse studies showed that Vc1.1 not only alleviated pain, but it actually prevented disease progression.

Out of the Shell

To further explore the potential of the α9α10 nAChR as a target for pain therapeutic development, McIntosh and Olivera turned to RgIA, another α-conotoxin known to target the rat α9α10 nAChR. But like Vc1.1, “It is not potent at the human subtype,” McIntosh said. “We made five substitutions to the peptide to produce a highly potent and selective peptide that acts at both the human receptor (for obvious clinical reasons) and yet still is potent at rodent receptors to enable animal studies.”

The team then tested the resulting peptide, RgIA4, by treating rats with oxaliplatin, a chemotherapeutic drug commonly used to treat colorectal, pancreatic, gastric, and testicular cancers. One of the side effects of this drug is neuropathy, where patients report pain when touching or swallowing cold things. The oxaliplatin-treated rats showed pain responses to cold stimuli, but injecting them with RgIA4 prevented development of this pain or reversed it after it developed (3).

“Why blocking α9α10 nAChRs decreases pain is still under active investigation,” McIntosh said. “One hypothesis we are pursuing is that RgIA and RgIA4 target α9α10 nAChRs on immune cells. This alters the neuroimmune response to nerve injury in a way that accelerates recovery and decreases pain.”

While both analgesics hail from cone snails, Prialt is positively charged and cannot cross the blood-brain barrier, requiring injection directly into the spinal column, whereas RgIA4 can be delivered by less-invasive subcutaneous injections. The structures and target channels also differ between the peptides, and RgIA4 appears to avoid side effects such as dizziness, nausea, and confusion that are associated with Prialt.

“There is also an effect on acute pain,” McIntosh said. “However, we are particularly excited by the effect on chronic pain as this is often difficult to treat. We are especially intrigued by the findings that suggest that that RgIA4 appears to have disease-modifying effects.”

While the team follows up on these questions, McIntosh, Olivera, and countless others who know the value of conotoxins will continue probing these snails in search of other potential therapeutics to fight pain amid the growing opioid crisis.