Post-truth is the latest buzzword, but is science under its spell? Public debate surrounding genetically modified organisms suggests that we’ve long been susceptible. 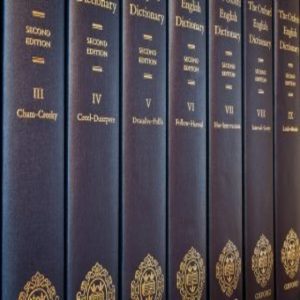 “Post-truth” is the Oxford English Dictionary’s Word of the year for 2016.
Credit: flickr

The past year has been full of surprises. From Trump’s triumph to the British Brexit vote, the headlines have left many reeling—for better or for worse. The discourse surrounding such news events was highly charged, whatever side of the debate you were on.

The emotional dialogue used to describe these events reflects the 2016 Oxford English Dictionary’s Word of the Year: post-truth. Defined as “relating to or denoting circumstances in which objective facts are less influential in shaping public opinion than appeals to emotion and personal belief,” this year’s winner seems more serious than past victors such as “vape” or “selfie.”

The post-truth concept seems far-removed from science, which could be considered the ultimate pursuit of truth through observation and replication. However, the debate surrounding genetically modified organisms (GMO) shows that in at least that area of scientific research, there has always been a great reliance on emotional discourse within the public sphere.

Despite a 2016 National Academies of Sciences, Engineering, and Medicine report providing a scientific consensus that GMOs are safe, a recent Pew Center study found that 57% of Americans believed that eating GMOs was unsafe. “Past uncertainties surrounding GM crops are still somewhat lingering, which is rather unfortunate and needs to be corrected,” said Fawzy Georges, President of Gene Quests Corporation.

This post-truth element to science has long been grounded in the teachings of the philosophy of science, argues University of Warwick Professor of Social Epistemology Steve Fuller. The current climate reminds him of the work of the eminent philosopher of science, Thomas Kuhn, who argued that science can be presented in an Orwellian manner; in the novel 1984, the government always presented the current consensus to be what it had always been.

Kuhn argues that within science, the public rarely sees the U-turns and judgment errors that may make them question science’s authority. This relates to post-truth, as truth no longer provides the authority for judging power, enabling individuals to conceal their motivations behind a mask of legitimacy.

The social order, in Kuhn’s view, is preserved behind the masks of two subsets of individuals: foxes and lions. “A foxy agenda involves betting against the scientific orthodoxy; a leonine one involves betting with the orthodoxy,” stated Fuller.

The lions maintain their legitimacy through the traditions found within science, such as peer-review, impact factors, and statistical methods. “They are impressed by appeals to what the ‘scientific consensus’ is,” Fuller summarized.

In the opposite camp, the foxes are also known as mavericks, pseudoscientists, and social constructivists. “If you think that the global warming consensus is overrated, then you’re probably a scientific fox,” said Fuller. “In this context, the fox would note that climate change models have changed quite a lot over the past 50 years, and so in another 50 years the models may be predicting something different from what they’re predicting now.”

While the dance between the lions and foxes has been constant for the public perception of science, the current climate suggests that foxes have taken a more solid foothold in establishing a platform for scientific debate. “Foxes gain relative advantage over the lions by tearing down the existing order. They thrive in situations where it’s difficult to tell what’s true from false,” explained Fuller.

One current concern is the rise of “fake news,” where fictitious news stories are widely circulated and regarded by some as factual. The increasing use of social media as a news source allows content to be relayed between users with no significant fact-checking or editorial judgment. Over 62% of Americans now source their news from social media, with the most popular fake news stories being more widely shared on Facebook than the most prevalent mainstream headlines.

While it may seem easy or obvious for individuals to separate the truth from the fake truth, the statistics suggest otherwise. A recent survey of 1684 adults by Channel 4 found that only 4% of people could identify truth versus fiction correctly when presented with 6 news stories.

Fake news is old hat for those who peruse the science section of news websites. The reporting of scientific research for contentious topics where foxes are stakeholders has often deviated from the leonine consensus amongst researchers. For example, the press continued to report on a link between vaccination and autism long after the MMR and autism debate had closed in the scientific community.

The bottom line is that controversy and risk sell stories in the print world and generate click revenue in the digital realm (2). Moreover, while a political debate may have two sides, a scientific consensus does not. Fuller explained, “the media’s tendency to interpret ‘objectivity’ to mean ‘equal time’ ends up benefiting the foxes, who are typically the outsiders.”

To connect with readers, the media sometimes relies heavily on emotional discourse, even within science. Within the GMO debate, foxes take advantage of this emotional response, terming it the “Agricultural Holocaust” or using editing software to create blue strawberries. These arguments rely strongly on feelings rather than fact, falling nicely in with the post-truth definition.

“To describe the technique of genome editing as a tool for “altering the genome” can be counterproductive. While this is true on purely technical grounds, it is an expression that carries hidden negative connotations and predisposes the technology to politically biased attacks,” explained Georges.

Research published in Trends in Plants Science suggests that the cause of public distrust and disapproval of GMOs may be partly due to the emotional response they trigger (1). “Feelings of disgust possibly arise because of psychological essentialism by which people intuitively interpret gene modification as an unwarranted and contaminating intervention into the essence of an organism, rendering the organism impure and, therefore, no longer consumable,” the study authors summarized.

Will new technologies change the anti-GMO attitudes possessed by the public? Genome editing is a relatively novel technology where researchers introduce targeted mutations into a plant genome in a highly specific and precise manner. “Because of the ease of target specificity, the CRISPR/Cas9 genome-editing system is simpler, more versatile, and accurate. Examples of the traits that have been or are being addressed using the CRISPR system include disease resistance, pod shattering, yield- and flowering-related [traits], biotic and abiotic stresses, and herbicide resistance,” said Georges.

The accuracy and specificity of CRISPR provides a massive advantage by avoiding random mutagenesis. But to get the public on board, Georges believes we need to go back to basics and eliminate the emotional rhetoric. “People need to be reminded that conventional crop breeding (in all of its forms), which has been accepted as the method of choice for crop improvement for hundreds of years, is in fact a form of crop-genome-editing in disguise.”

A recent House of Commons Science and Technology Committee report by the British government also offered several recommendations for communicating science in a post-truth era, stating that that scientists need support to become more prominent communicators, aid in developing strategies for engaging the media, and a push to engage more with the general public to ensure that science benefits everyone. A good recent example is the science marches held worldwide, where researchers and the public rubbed shoulders in support of science.

Foxes aren’t always the bad guys; they sometimes help keep the lions in check. “I happen to think that having foxes around can be a good thing,” said Fuller. “At the very least, they force the lions to raise their game with more detailed and thoughtful arguments for their positions that go beyond simply trusting authority because it comes from a ‘scientist’ or ‘expert.’”