It’s often easy to see when others are sick, but researchers have just discovered that humans can actually smell individuals with early-stage infectious illnesses as well. 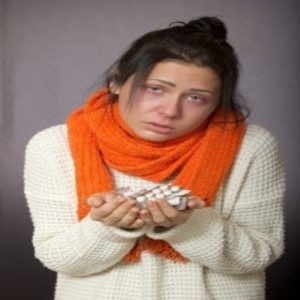 Humans are social animals, which means that an infectious illness can rapidly spread through a group. To survive, humans evolved not only a physiological immune system, but a behavioral one: the ability to detect and avoid individuals showing early signs of illness. Until recently, the cues the brain uses to make this assessment were unknown. Now, a study published in Proceedings of the National Academy of Sciencesshows that visual and olfactory cues are processed in combination by the brain to discriminate health from illness.

“There is increasing evidence that we have a behavioral repertoire, sometimes referred to as behavioral immunity, that involves detecting, learning, and reacting to cues of disease,” said Mats Olsson, investigator at the Karolinska Institutet in Sweden and senior author of the study. “The immune system involves psychological and behavioral aspects whose neural basis has not been studied before,” added Christina Regenbogen, first author of the new study and a postdoctoral fellow at the RWTH Aachen University in Germany.

To study this issue, Olsson, Regenbogen, and colleagues recruited 22 volunteers who came into the hospital twice to be injected with either an endotoxin called lipopolysaccharide (LPS) to transiently activate their immune system or with a control substance (saline). The team photographed the volunteers after the injection and used nursing pads to collect body odor from under the armpit before and after the simulated infection.

Then the researchers recruited 30 additional volunteers. While inside an MRI scanner that recorded areas of brain activation (functional MRI), these people viewed images of faces paired with odors collected from the previous group of volunteers. Participants evaluated how much they liked the person in the images. Sometimes they were presented with the image and scent (healthy or sick body odor), and sometimes the image with an unused pad, to determine whether the combination of cues resulted in more than the sum of their parts, explained Regenbogen.

Volunteers were not told that some of the images represented sick individuals and others healthy individuals, and they couldn’t consciously describe why they preferred some individuals to others. They liked sick people less, tending to avoid them, and they also rated sick faces as less healthy, attractive, and socially desirable.

The results of the functional MRI scan showed that the brain’s olfactory network and face detection network were activated, potentially enabling disease avoidance behaviors. Some regions of the brain, such as the intraparietal sulcus and superior temporal sulcus, were activated specifically by the combination of cues. These areas are known to process multisensory information, but “It was really new to show this for signs of illness,” explained Regenbogen.

Future research will elucidate the specific cues such as red cheeks or pale faces that enable humans to detect early stages of illness. The researchers also plan to study how these sickness cues can affect the immune system itself. “We already have an indication that the mere perception of such cues can activate the immune system and prepare it for an attack,” explained Olsson. “This would further testify to the importance of understanding behavior in this realm.”

Fear: real, imagined, and fabricated or what makes us afraid?

What happens when the scientific method observes itself?