Research from the University of Pennsylvania (PA, USA) suggests that a single viral protein may be the cause of hijacked brain development. 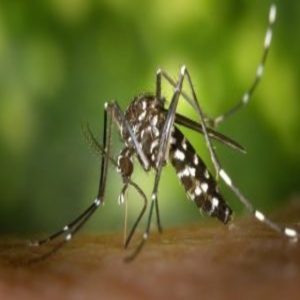 Zika virus might have remained a mere scientific footnote, except for recent headline-worthy outbreaks in Brazil and other countries where the infection of pregnant mothers resulted in severe brain defects in their offspring. With this sharp uptick in microcephaly, scientists are racing to understand how this virus might disrupt normal fetal brain development—and to learn how to prevent it in the process.

“Although the Zika virus was identified more than 70 years ago, we do not know what components of the virus are responsible for the microcephaly-related effects that we see,” commented Ki-Jun Yoon from the University of Pennsylvania. Given that the virus affects the neural development process, “We wanted to identify which of the proteins is most important for Zika virus-related pathogenesis in neural stem cells.”

To further investigate how NS2A might mediate viral toxicity, the group then performed a protein microarray analysis to see which of approximately 50,000 human proteins interacted with NS2A. They discovered that NS2A both binds to and degrades adherens junction proteins in the neural stem cells. Yoon presented these findings at Neuroscience 2017, the 47th annual Society for Neuroscience meeting in Washington, DC (USA, 11–15 November).

“This adherens junction is the cellular structure that connects neighboring neural stem cells together. This junction is important for cell division and the cell differentiation of neural systems,” Yoon explained. “These results provide evidence that the NS2A protein destabilizes the junction protein, which interferes with normal development and contributes to the small brains we see in Zika virus microcephaly. And by understanding this mechanism, we may be able to provide new targets for anti-Zika drugs as well as future development of neuroprotective therapies.”