Gut bacteria control a wide variety of behaviors. In fruit flies, bacteria within the gut can also determine what flies choose to eat. 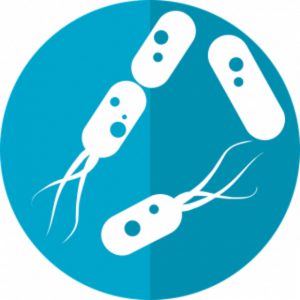 Gut microbes carry the potential to control behavior, weight, and myriad other conditions. Now, a new study suggests that fruit flies (Drosophila melanogaster) choose what microbes to eat based on the bacteria in their gut. The results, published in Current Biology, are the first to suggest a link between an animal’s internal microflora and the microbes they seek out in meals (1).

Foraging animals need mechanisms to sense nutrients present in their food. Fruit flies in particular are known to tweak their intake of proteins and carbohydrates so as to optimize reproductive fitness. They are also thought to replenish their gut microbes with bacteria present in their food. But precisely how they seek out the right blend of microbes is a mystery.

“No one had looked into how fruit flies recognize and seek out beneficial bacteria, so that’s how we got started,” said study author Adam Wong from the University of Florida, Gainesville. “Do they prefer certain species of bacteria over others, and how do they develop the ability to recognize them?”

Wong and his colleagues allowed flies to freely forage in an arena containing seven patches of a yeast-sugar blend, one of which was bacteria-free, while the others were each seeded with one bacterial species isolated from fly guts or bodies. They found that control flies with normal microbiota preferred foods rich in Acetobacter or Lactobacillus strains compared to germ-free foods. Flies that were raised to be axenic (harboring no microbes), however, were more likely to consume germ-free foods than controls. Flies raised to carry either an Acetobacter strain or Lactobacillus strain within their guts had a preference for foods seeded with the same bacteria. They found similar trends in larvae, suggesting that exposure to certain bacteria early in life made flies acquire a taste for more of the same strains as adults.

“We were quite surprised to see that association with different gut microbial members can have such a strong impact on preference for microbes in food,” Wong said.

Previously, researchers have found that gut bacteria influence flies’ protein or carbohydrate choices , and another recent study reported that flies seek out foods rich in certain combinations of microbes (2). The new study adds another piece to complete the picture of how microbes can influence dietary choices.

Next, the authors plan to look beyond single species to understand how internal and external microbial communities can alter food choices. “In the future, it would be really nice to figure out the neurological and molecular reasons that underlie this behavior,” Wong said.