Tweeting on About Anti-Microbial Resistance - BioTechniques

Is it best to avoid antibacterial disinfectants? Should I finish the whole course of antibiotics? Experts took to Twitter to address recent headlines highlighting antimicrobial resistance. 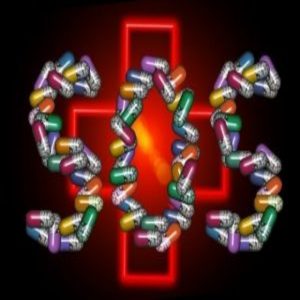 The World Health Organization (WHO) states that antimicrobial resistance (AMR) is an “increasingly serious threat to global public health that requires action across all government sectors and society.” As the threat increases, AMR stories often make headlines that leave readers with a lot of unanswered questions.

The Biochemical Society, the Society for Applied Microbiology, the British Pharmacological Society, and Sense about Science’s Voice of Young Science (VoYS) network, decided to explore the science behind AMR headlines by hosting a TweetChat – a live twitter conversation. Readers submitted questions in advance with the hashtag AMRHeadlines and the Biochemical Society posted them for experts from industry, academia, and the British National Health Service (NHS) to answer.

Much of the discussion revolved around the intersection of antimicrobials and daily life. For instance, one of the first questions asked was: “Should patients stop taking drugs when they feel better rather than completing their prescriptions?”

The experts explained that the common belief that incomplete courses of antibiotics cause resistance actually lacks solid supporting evidence. While waiting for experimental support, they pointed patients towards following prescribers’ advice. “Not a straightforward answer,” tweeted epidemiologist Jon Otter from the Imperial College Healthcare NHS Trust (London, UK) during the TweetChat. “I would say finish the course until evidence-base improves.”

Scientific uncertainty surfaced as a running theme, with experts highlighting the evidence base or lack thereof. For instance: “According to FDA, some studies have raised the possibility that exposure to triclosan contributes to making bacteria resistant to antibiotics. Not enough information to definitively answer this yet,” tweeted Novabiotics scientist, Derry Mercer (Aberdeen, UK) in response to queries over the side effects of this common ingredient in household disinfectants.

Throughout the course of the conversation, it became clear that a lack of definitive evidence stirs AMR controversy. For example, one question highlighted the conflict surrounding the use of antibiotics in farm animals. A few experts pointed out studies suggesting that some forms of AMR pass to humans after ingesting meat, the so-called farm to fork route. But Lisa Morgans, a PhD student from the University of Bristol (Bristol, UK) who investigates antimicrobials in livestock disagreed, citing environmental, pet, and human sources as the more likely culprits. “It is very unlikely you pick up resistant bacteria from eating animal products,” tweeted Morgans.

These conversations highlighted many important AMR questions waiting for research to address. And on that research note, the final TweetChat question asked: “Can researchers use information gained about AMR organisms for good?”

“Yes, for sure!” tweeted Clare Taylor, Senior Lecturer at Edinburgh Napier University (Edinburgh, UK). “Every little bit more we understand about microorganisms helps us in many different ways. Reducing the burden of infection is one, but also understanding how microorganisms evolve and pass on AMR genes may help us exploit them for good.”