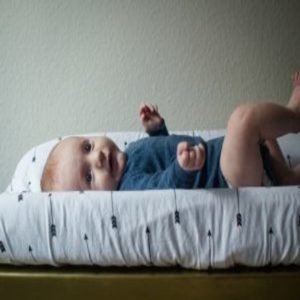 The poop of one-year olds may predict cognitive development.

All parents have likely done it: stared at their baby’s diaper pondering the meaning of the color and consistency of its contents. Parent websites even have color charts dedicated to helping parents discern the potential meaning behind their baby’s poop, from green to black or liquid to solid. It turns out that parents can actually learn a lot, not just from the color of their baby’s poop but also from its bacteria. According to a recent study by University of North Carolina at Chapel Hill (NC, USA) researchers, bacteria in the poop of 1-year-old children predicts their cognitive development.

Initially interested in the connection between the microbiome and anxiety, senior author Rebecca Knickmeyer from the University of North Carolina at Chapel Hill changed course when her team gained access to an existing longitudinal study of 1000 neonates who were then 1-year old. “Basically, we said everyone who is still coming in for this project at 1 year of age, we’re going to recruit,” Knickmeyer stated, whose team collected fecal samples from 89 one-year-olds and analyzed their microbial communities using 16S rRNA sequencing.

Knickmeyer’s team classified the toddlers into groups based on their microbial communities. They assessed cognitive development at 1 and 2 years of age utilizing the Mullen Scales of Early Learning, but didn’t observe any significant differences at age one. However, at age two, children with high levels of Bacteroides, which is typically considered a “good” bacteria, scored the highest on cognitive development tests.

The researchers were surprised to also discover that toddlers with more diverse microbiomes scored the lowest on cognitive development tests. “We certainly went in with the hypothesis that more diversity is going to be good for cognitive development,” explained Knickmeyer. “We usually think of [diversity] as being a more robust system that is more sturdy in the face of environmental perturbations.”

Knickmeyer has several hypotheses about why increased microbiome diversity might be less beneficial. In this case, increasing diversity may bring in bacteria that negatively affect toddler cognitive development; toddlers with more diverse microbiomes were more likely to have siblings, so it’s possible that they came into contact with pathogens more frequently than their peers. Another possibility is that as kids age, their microbiome becomes more diverse, so it’s possible that maintaining a less mature microbiome for a longer period of time benefits toddler cognitive development.

“It’s important to point out that we don’t know whether these [bacteria] are causal. These are associations,” commented Knickmeyer. “It could be that they’re acting on brain development. It could be that the microbiome is acting as a sort of proxy for some other process that we haven’t yet measured.”