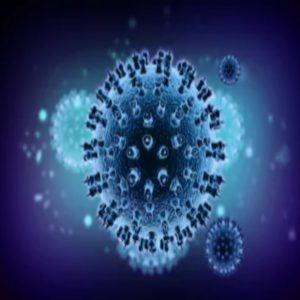 The herpes simplex virus 1, remains in the body throughout life, regularly reappearing in the form of the characteristic cold sore. This infection stays in the neurons and immune cells with most people being infected by the time they reach old age. It is easily spread through kissing or sharing objects such as toothbrushes and eating utensils.

Ruth Itzhaki (University of Manchester, UK) proposes that “HSV1 could account for 50% or more of Alzheimer’s disease cases”. Cold sores are shown to occur more frequently in carriers of the AopE4 allele, a gene shown to be a risk factor for Alzheimer’s. “Our theory is that in APOE-ε4 carriers, reactivation is more frequent or more harmful in HSV1-infected brain cells, which as a result accumulate damage that culminates in development of Alzheimer’s,” she commented.

In a recent review, published in Frontiers in Aging Neuroscience, epidemiological data was collected in an attempt to prove this theory with focus on population data from Taiwan. The researchers from the original studies had looked at whether antiviral treatments reduced dementia risk, as well as the link between developing senile dementia and the treatment of patients with HSV.

Past work from Itzhaki’s research group has shown that HSV1 causes protein deposits characteristic of Alzheimer’s; -amyloid plaques and tau neurofibrillary tangles. “Viral DNA is located very specifically within plaques in post-mortem brain tissue from Alzheimer’s sufferers. The main proteins of both plaques and tangles accumulate also in HSV1-infected cell cultures – and antiviral drugs can prevent this,” commented Itzhaki.

However, the results presented in the Taiwanese studies are only in regards to severe cases of HSV1, which are rare.

“Ideally, we would study dementia rates amongst people who have suffered mild HSV1 infection, including herpes labialis (cold sores) or mild genital herpes, but these are far less likely to be documented,” admitted Itzhaki.

Further work is needed to confirm a causal link between HSV1 and Alzheimer’s and to determine more definite treatment prospects. Itzhaki remains hopeful for a positive outcome, commenting: “Considering that over 150 publications strongly support an HSV1 role in Alzheimer’s, these Taiwan findings greatly justify usage of antiherpes antivirals, which are safe and well-tolerated, to treat Alzheimer’s disease. They also incentivize development of an HSV1 vaccine, which would likely be the most effective treatment.”