New research has uncovered genetic modifications, altering the photorespiration pathway, that could improve crop yields by 40%. 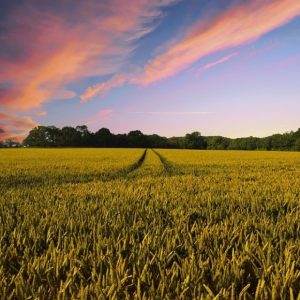 New research conducted at the University of Illinois (IL, USA) and led by Donald Ort has uncovered molecular pathways capable of improving crop yields by 40%. This was achieved by using genetic modifications to fast-track the process known as photorespiration, usually a complex and energy demanding process that costs a great deal of the plant’s resources.

A key enzyme in the pathway of photosynthesis is Rubisco, the most abundant protein on the planet. Rubisco originally developed in a carbon dioxide rich atmosphere that, as plants became more successful and converted more CO2 into O2, failed to fully adapt to the new O2 rich environment. Rubisco now binds O2 in one in five reactions, mistaking it for CO2, leading to the production of a toxic compound that is filtered from the plant by photorespiration, a process that involves three separate compartments of the cell.

They tested these pathways in 1700 tobacco plants, grown in real world agronomic conditions. The results showed faster growth, increased plant height and an overall increase in biomass of 40%.

The next step for the research is to test the new pathways in food crops such as rice and tomatoes, which are more difficult to modify. While the research could take a great deal of time to finally be implemented into daily farming practices, RIPE is working to ensure that it will be easily and freely available to those that need it most, such as farmers growing crops in difficult conditions such as the heat of Africa.

“Rubisco has even more trouble picking out carbon dioxide from oxygen as it gets hotter, causing more photorespiration,” explained co-author Amanda Cavanagh (University of Illinois). “Our goal is to build better plants that can take the heat today and, in the future, to help equip farmers with the technology they need to feed the world.”