Safe sex on the beach

Cocktails provide the inspiration for a new male contraceptive. 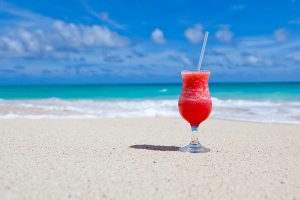 Currently, most of the burden of contraception lies with women and, despite the potential for side effects such as blood clots and breast cancer, female contraception remains the only viable medium-term method for preventing pregnancy. The main options for men are either condoms, which are short-term and can be expensive, or vasectomy which, though effective, is often irreversible.

A cocktail called ‘galaxy’ gave researcher Xiaolei Wang and colleagues the idea for a new form of male-contraceptive that could be more reliable than condoms and reversible. The drink itself is made by layering various colorful liquids in a glass, when stirred or heated the layers combine into one. Wang et al. proposed a similar approach, injecting layers of material to block the vas deferens that would then mix and break down when heat was applied, ‘unplugging the pipeline’ as it were.

With their preliminary testing in rats, the scientists injected four layers of materials: a hydrogel that forms a physical barrier, gold nanoparticles that heat up when exposed to near-infrared light, ethylenediaminetetraacetic acid, a spermicide that could also break down the hydrogel, and finally a second layer of nanoparticles.

For 2 months the injected materials prevented the rats from impregnating females. Then, when a near-infrared lamp was shone on them, the layers mixed and dissolved, allowing the rats to produce offspring.

The researchers say that these are promising results though more research is needed into the safety of the materials.