Explore the Regenerative Properties of the Hydra - BioTechniques

The molecules behind super senses

Researchers have uncovered the molecular mechanisms some animals use to detect faint electric pulses coming from the muscles of other animals. 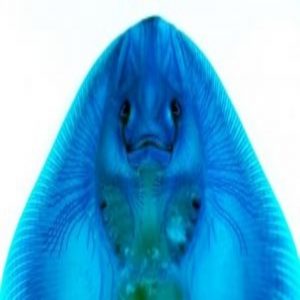 An Alcian blue-stained skate with visible canals of ampullary organs.

People are intensely curious about the unique ways living creatures experience the world. Researchers explore the regenerative properties of the hydra that keep it perpetually young, the complex vision of multifaceted spider eyes, the microbes that subsist entirely on electricity, and the unique biology of naked and blind mole rats that enables them to avoid pain, cancer, and stress. How are these almost “super senses” possible, and what can we learn about our own biology from understanding how they work?

University of California, San Francisco researcher David Julius has spent the last 15 years exploring the different ways in which we sense pain, heat, and mechanical and chemical cues. Along the way, he has uncovered some of the finest details of the molecular pathways responsible for our sensory abilities. His research also steered him along some surprising paths. In 2010, he and his team reported the detailed molecular mechanism snakes use to sense infrared signals, followed by data showing how vampire bats to do the same in 2011 (1,2). Most recently, he and his team described how skates, rays, and sharks detect the electric pulses from the hearts and bodies of animals moving around them—whether predators or prey (3).

“Despite being a sensory modality that is clearly important for navigation, locating predators or prey, and communication, there was relatively little known regarding how the electric-field sensing cells function, and it seemed like an exciting challenge,” said Duncan Leitch, a postdoctoral fellow in Julius’ lab and co-first author of the study, which was published in Nature.

Scientists knew that sharks and a few other sea animals track prey by detecting electric signals that travel well through salty seawater. But recently, they’ve also discovered that bees sense static charges on flowers, and a species of echidna and the duck-billed platypus detect electric charges on land and in the water through electroreceptors on their bills. New evidence also emerged showing that some amphibians detect electricity, and several types of fish can not only sense electric signals but also create them to communicate with one another.

Nick Bellono, who is also a post-doctoral fellow working with Julius and a co-first author of the new study, first became interested in electroreception during an undergraduate summer program at the Marine Biological Laboratory (MBL) in Woods Hole, MA. “The MBL provides a really unique scientific environment where studies of interesting sea creatures have led to foundational discoveries, such as much of the basis for electrical signaling in the nervous system,” he said.

Together, Leitch and Bellono decided to focus their exploration of electroreception on the skate, a cartilaginous fish that detects electricity through a specialized organ called the ampullae of Lorenzini. They acquired skates from the MBL, and set about developing the processes they needed to work with them.

“For me, working with the skates has been one of the most satisfying and enjoyable parts of this electroreception project,” Leitch said. “It did take some amount of finesse to prepare their husbandry conditions, but it has been fascinating getting to observe them as they move through their tanks and interact with one another.”

To study the skates in action, Leitch designed an electrical stimulus that could be tuned to the amperages generated by the small creatures typically preyed on by skates. He hid the device in the sand at the bottom of the tank and began getting to know his skate test subjects. “It was tremendously fun to see them reacting to the artificial electrical field, swimming over to investigate,” he recalled.

With their skate system in place, Bellono and Leitch began their search for specific protein channels used by the skate to detect and convey electrical signals. First, they collected electrosensory cells from the ampullae of Lorenzini and measured very small electrical currents passing across the cell membranes by performing patch clamp experiments.

“The most challenging part of these experiments, in particular, was working with the electrosensory cells isolated from skates, which are quite small and temperamental,” Bellono said. “Using this method, we were able to study how these currents respond to changes in ion concentrations, pharmacological agents, and voltage to determine their ion selectivity, voltage-dependence, and pharmacological profile.”

When Bellono applied small changes in voltage to the electrosensory cells, he noticed a calcium current, indicating that voltage-gated calcium channels (CaV) played an important role. He also noted a potassium current in response to calcium, indicating the involvement of Big Potassium (BK) channels.

“We found that the channels are coupled through CaV-mediated calcium acting on BK channels, and that their properties are tuned to support specific membrane voltage oscillation frequencies that match frequencies to which the skate is most sensitive,” Bellono summarized.

To pin down the exact calcium and potassium channels responsible, the team used RNA sequencing to profile the genes expressed in various skate tissues, including the ampullae of Lorenzini, searching for the suite of channels expressed and enriched in electrosensing cells. They compared the sequences of a few candidate ion channels to homologs from other animals that do not sense electric pulses, thus identifying not only the particular channels but also the precise protein regions that offer electrosensory capability.

The next step involved a series of cloning and expression experiments using those specific calcium and potassium channels from the skate and the homologous channels from the rat. “Seeing that we could swap out these regions back and forth from the skate channel with rodent homologs (i.e., make the skate channel mimic the properties of the rat channel, and conversely, make the rat channel act skate-like) bolstered our confidence that we were identifying channels important to the electrosensory abilities of the receptor cells,” explained Leitch.

Tying it All Together

The characteristics of the candidate channels, their abundant expression in electrosensory cells, and the ability to modify homologs to confer performance similar to the channels in patch clamped cells from the ampullae of Lorenzini all indicated that Bellono and Leitch had succeeded in identifying the exact molecules that conferred electrosensory capabilities in skates. The final step, then, was to confirm the channel activity in living skates.

For this, the team identified drugs that selectively blocked or stimulated the specific CaV and BK channels in question and then treated their skates with those drugs. For comparison, they also treated skates with vehicle or mibefradil, a drug that blocks CaV channels but not the one they suspected was involved in electroreception. Leitch and Bellono confirmed that the drugs had no effect on the skates’ ability to swim freely and then tested the skates using the electrical stimulus buried in the sand.

Skates that received either mibefradil or no drug spent the majority of their time exploring the electrical stimulus—as expected for a normal skate. However, the skates treated with the specific CaV blocker and BK stimulant did not explore the stimulus, confirming that the activity of these particular CaV and low-level BK channels conferred electroreception.

“Without an appreciation for the behavior of the skates and consideration of how they might be using their electrical field-sensing abilities, the physiological results would have been more difficult to interpret,” Leitch said.

Since electroreception evolved independently in several species, the team is now interested in exploring whether other electroreceptive animals, such as freshwater fish, sharks, echidnas, and platypuses, use a similar molecular mechanism and how their behavior regulates this unique ability.