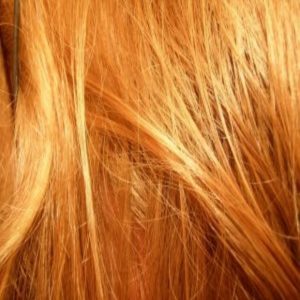 Many conditions – from skin cancer to Crohn’s disease – have been associated with pigmentation. The heritable component of pigmentation has long been known but has been limited to only a few genes.  The discovery of these 124 new genes could help scientists to understand the mechanisms behind these conditions.

Co-author David Hinds explains, “While the genetics of hair color is an interesting problem in itself, we hope that better understanding of the biology of melanin pigmentation will be applicable to studies of diseases that interact with pigmentation, such as skin cancer or vitiligo.”

Researchers gathered data from a wide range of sources, including UK Biobank and 23andMe Inc., to generate a sample of 300,000 people. These data included their DNA and reported hair color.

When they compared the genetic variation at millions of loci across the participant’s genome to their associated hair color, the team identified more than 100 genes not previously associated with pigmentation. They also found that the new genes were better predictors of hair color than the old associated genes.

Other than understanding disease the authors hope that their work will be helpful to forensic scientists.

“Besides substantially increasing our understanding of human pigmentation genetics in general, finding these new hair color genes is also important for further increasing the accuracy of hair color prediction from DNA traces in future forensic applications, which can help to find unknown perpetrators of crime,” concluded Manfred Kayser, co-lead author of the study.

Crime-solving: it’s in the genes