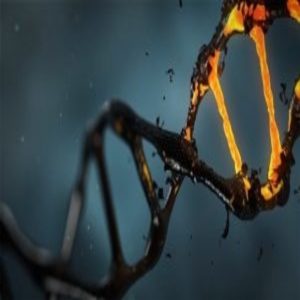 DNA damage plays a role in the pathogenesis of heart failure

On a bright sunny day, it’s second nature to protect our skin from ultraviolet damage with sunscreen. By applying this protective spray, lotion, or gel, we actually protect our DNA strands from ultraviolet light, which can cause DNA strand breaks that lead to skin cancer. Now, a new study published in Nature Communications shows that similar DNA breaks could also cause heart failure.

Cardiomyocytes are subject to high energy demands from the body. They contain a high density of mitochondria, making them resistant to fatigue and enabling them to produce energy quickly enough to maintain blood flow. Despite the abundance of energy producing cells, however, heart failure occurs when the heart does not have enough strength to pump blood around the body efficiently.

Previous studies on the heart after failure reported unrepaired DNA damage, including single- and double-strand breaks in cardiomyocytes. Additionally, DNA damage responses in the heart play a role in cardiac remodelling after myocardial infarction by inducing cardiomyocyte cell death. However, the connection between unrepaired DNA damage, the DNA repair response, and the pathogenesis of heart failure has remained uncertain.

For the new study, Tomoaki Higo and colleagues at Osaka University used mice with induced heart failure. The researchers noticed that single-strand DNA breaks accumulated in cardiomyocytes of failing hearts, which activated DNA damage repair mechanisms. They also observed that unrepaired single-strand breaks developed into double-strand breaks during mitosis. When they genetically deleted the gene for XRCC1, a protein that aids in repairing single-strand breaks, they noticed worsened signs of heart failure, including upregulated expression of inflammatory cytokines and inflammatory cells in the heart.

When the researchers created mice lacking both the atm and xrcc1 genes, they decreased the mortality rates of the mice, indicating that preventing DNA repair reduces the severity of heart failure and highlighting the importance of DNA damage response signalling via the atm gene. Taken together, these data suggest that accumulating unrepaired single-strand breaks and an inflammatory response exacerbate cardiac dysfunction, implicating the DNA single-strand breaks in the pathogenesis of the disease.

The authors suggested that these data may be used in the future to develop treatments for heart failure based on preventing DNA strand break accumulation or by persistently activating DNA repair.

The double trouble effect of stress

Mediterranean diets: the heart health benefits that might encourage you to make the switch