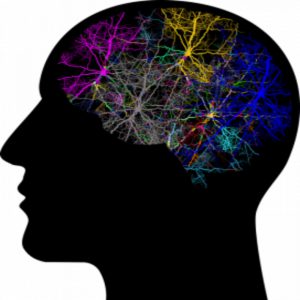 One of the most important features that distinguish humans and primates are our large brains, which led to our greater cognitive functions.  “Our brains got three times as big primarily through the expansion of certain functional areas of the cerebral cortex, and that has to be a fundamental substrate for us becoming human”, commented David Haussler, co-senior author of a study published in Cell.

What happened along the course of evolution that led to increased neurogenesis and expanded brain cortex specifically in humans?

An important phenomenon that drives evolution is gene duplication, or the process of generating multiple copies of a gene.  The advantage of having multiple copies of a gene is that duplicates can accumulate beneficial mutations that can provide the fodder for evolution. To understand the role of duplications in the development of human brain, the researchers detected the expression of duplicated human-specific genes in the cortex of human fetus. Although most of the duplicated genes were present at very low levels, the NOTCH2-derived gene family stood out.

When the scientists probed this further, they found that NOTCH2NL, one of the NOTCH2-derived genes, is widely expressed in neural stem cells and thus appropriately positioned to influence the neuron population. Also, gain of function of this gene almost tripled the size of brain regions, while deletion led to smaller sized organoid tissues reinforcing the role of this gene to control neurogenesis.

The authors propose that although NOTCH2NL genes were present in the last common ancestor of humans, chimpanzees and gorillas, only in the human lineage was this converted to a viable gene with a stable NOTCH2-related protein. This protein then influenced the process of neurogenesis to increase the cortical size of the brain. Gorillas and chimpanzees also contain NOTCH2NL-like genes but all of them are pseudogenes or do not encode functional proteins.

“One of the holy grails of researchers like us is to find out what during human development and evolution is responsible for a bigger brain, particularly the cerebral cortex,” said Pierre Vanderhaeghen, one of the authors on the study.

This research indicates that the emergence of functional human-specific NOTCH2NL genes may have held this key.

Are sponges our great ancestors?

24 MAY 2018 DRUG DISCOVERY AND DEVELOPMENT

Can memories be transferred with an injection?

The invisible force that trains us to read