Researchers reveal how a high-fat diet modifies the athero-protective properties of a rare type of cell. 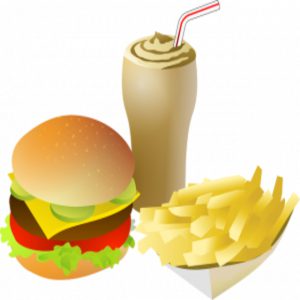 Coronary heart disease develops when fatty material, calcium, and inflammatory cells are deposited in the walls of coronary arteries, forming protruding atherosclerotic plaques that cause the arteries to harden, limiting blood flow and starving the heart of oxygen. Now, a new study published in Nature Communications reveals how a high-fat diet can disturb the athero-protective properties of a rare type of cell.

“It is hard to overestimate the global impact of heart disease. We are all affected by it during our lives, and research here is making a big difference in the clinic,” said Stephen Newland from the University of Cambridge.

A high-fat diet remains a major risk factor for developing atherosclerosis, since it raises plasma lipid levels and, therefore, increases the “bad cholesterol” transported in low-density lipoproteins (LDL-C). Macrophages engulf LDL-C, forming foam cells. This leads to proliferation and thickening of intimal-smooth-muscle cells found in blood vessel walls and greatly contributes to the development and progression of fatty atherosclerotic lesions. On top of this, immune cells and inflammatory cells infiltrate the vessel wall, accelerating plaque expansion even further.

Innate lymphoid cells (ILC) are an overlooked, rare cell type similar to B and T lymphocytes. However, they do not express recombined antigen receptors and can be grouped into three types: ILC1, ILC2, and ILC3. ILC2 produce type II cytokines (such as interleukins) and play a role in regulating innate and adaptive immune responses in several inflammatory settings.

During atherosclerosis, the exogenous cytokine interleukin-33 is released, signaling that the tissue is damaged, which in turn activates ILC2 cells. These cells then come to the rescue, producing large amounts of type II cytokines (IL-5 and IL-13), which have been observed to inhibit the growth of atherosclerotic plaques in mice.

“We wanted to understand if [ILC2] were the major source of these cytokines, which can keep the disease in check,” said Newland.“

To find out, the researchers fed atherosclerosis-prone mice either a normal diet or a high-fat diet and looked for the presence of ILC2 cells. “ILC2 are a very rare population. For example, in the spleen they constitute about 1 in every 10,000 cells present, so catching them is very challenging,” said Newland.

The team noted that a high-fat diet reduces the number of ILC2 in the periphery, alters the protective phenotype of the cell, and is associated with accelerated atherosclerosis. They next tested mice that lack ILC2, which revealed that endogenous ILC2 have a central role in controlling atherosclerosis progression; this effect partly depends on interleukin-5 and interleukin-13 derived from ILC2.

“Their rarity is important, as it helps us understand their potency in the context of controlling atherosclerosis,” said Newland. “When they are absent in the knockout, the lesion size doubles.”

Researchers still don’t fully understand the interplay between ILC2 and the affected area of the aorta during inflammation. Many teams of researchers have shown that expanding ILC2 with large doses of exogenous cytokines can have serious side effects. “We do not yet fully understand the fine control of these cells, so much more basic research will be required before we can start to see their clinical potential,” said Newland. “However, they remain a very potent target, which warrants more translational research.”