Researchers working to create a null mutant for every gene in the mouse genome identified dozens of new candidate genes for hearing loss. 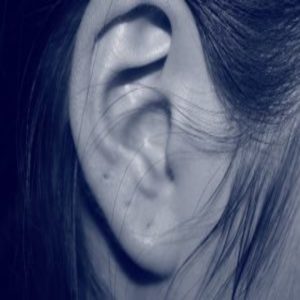 Hearing loss affects over 360 million people around the world–a population larger than that of the United States. Yet the genetic factors contributing to hearing disorders – or even healthy auditory function – remain poorly understood. Now in a study published in Nature Communications, scientists report identifying more than 50 novel candidate genes for hearing loss in mice.

According to senior author Steve Brown of the Medical Research Council Harwell Institute, identifying genes related to hearing loss in humans is a challenge since many genes are involved in hearing, and genetic defects often run in single families. Brown’s team therefore examined thousands of mice, each with a single gene knocked out, to determine whether the deletion of the gene had any effect on hearing ability. “We have the opportunity in the mouse to really explore without any prior assumptions of what genes might be doing … and come up with a whole list of novel genes which can feed back into human genetics,” he said.

Brown’s team used data from the International Mouse Phenotypic Consortium (IMPC), a collaboration of researchers from 19 institutes around the world working to create a null mutant for each of the 20,000 genes in the mouse genome. The researchers extensively phenotype each strain of mouse to determine how each individual deletion affects physiology and behavior.

IMPC researchers tested each mouse’s hearing as part of the phenotyping process. They played sounds of five different frequencies from 6 to 30 kHz, and recorded the electrical response using electrodes inserted just under the mouse’s skin. For each frequency, the researchers gradually decreased the volume of the sound, until it no longer evoked a response, and recorded this level as the “hearing threshold” for that particular frequency.

At the time of the research, IMPC researchers had completed the hearing test on 3,006 knock-out strains. For each of these strains, Brown’s team compared the hearing threshold values to those of wild-type mice, finding clear evidence of hearing loss in 67 strains of mice, representing 67 candidate genes. A literature search revealed that 52 of these were novel genes not previously found to be involved in hearing.

Although scientists understand the role of some of the identified genes (for example, Nptn and Sema3f both emerged in the analysis and are involved in hair cell function), the function of others remains to be investigated. A better understanding of how these genes impact pathways involved in hearing could ultimately lead to clinical benefits for patients. “Having a better catalogue of genes and knowing a lot more about genes that are involved in hearing loss will help with gene therapy … [and] might give us a better idea for small molecule intervention,” said Brown. “It’s still a long road because in terms of the molecular and physiological mechanisms involved, there’s a lot of work still to be done.”

Most of the mice in the study also exhibited multiple additional behavioral or physiological phenotypes in addition to hearing defects. In humans, hearing loss is often part of a wider syndrome with symptoms extending beyond just the auditory system. However, while individual mice showed defects ranging from blood abnormalities to reduced grip strength, there was no clear pattern of comorbidities that reflects the syndromes seen in humans.

The researchers hope future work will shed more light on these syndromes. The three thousand knock-out strains investigated in this study represent only 15% of the mouse genome. IMPC continues to produce new knock-outs at a rate of 1,500 per year, and the team plans to publish an updated paper in a few years’ time. “We certainly hope that as the number of mutants increases, the number of genes that have an effect on hearing will increase,” said Michael Bowl, lead author of the study. “We hope that perhaps we will start to identify these comorbidities that seem to crop up more often with hearing loss.”

Sally Dawson from University College London’s Ear Institute, who was not involved in the research, said the study benefited from starting without any a priori hypothesis regarding which genes might be involved. “Not only is this kind of approach so powerful, it’s also, to a large extent, unbiased in that it doesn’t focus on the things that we already know are important,” she said. “That’s why this result with such a high percentage of the genes not being previously linked to hearing gives you an indication of how little we know about how hearing works normally, and also how much we’ve still got to learn.”

The siesta-suppressor: a gene that stops that midday snooze

Why do we choose man’s best friend?

How is cell biology saving our senses?