Despite what your textbook taught in high school, earlobe attachment is not as simple as you thought. 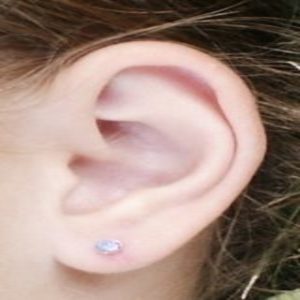 Earlobe attachment is a genetic trait determined by a single gene—or at least that is what kids learn in school. However, beginning as early as 1937, scientific literature hinted that earlobe attachment may be polygenic, an idea that was recently confirmed by a large-scale genome-wide association study (GWAS) published in The American Journal of Human Genetics.

“I am a person who thinks that genetic studies of normal human variation is a very cool topic,” commented Richard Spritz from the University of Colorado School of Medicine, who previously collaborated with the study authors, but was not involved with this work. “It is not going to cure a disease. It may or may not advance mankind. But it’s the kind of thing I think we should all be intrinsically curious about and interested in.”

University of Pittsburgh scientist John Shaffer spearheaded this research with fellow co-first author Jinxi Li from The Chinese Academy of Sciences Key Laboratory of Computational Biology. “We identified over 49 independent regions in the genome associated with earlobe attachment,” explained Shaffer.

Since ethnic differences in earlobe attachment is well-documented in research, this study incorporated 4 cohorts of individuals, resulting in a total sample size of 74,660 individuals. This included three, small, independent cohorts of European Americans, Latin Americans, and Chinese people. Expert raters scored earlobe attachment of these individuals as free, partially attached, or attached. Meanwhile, a fourth cohort consisted of 64,950 23andMe customers of European-ancestry who self-reported lobe attachment as either attached or free. Due to the differences in lobe phenotype classification, the scientists performed two separate genome-wide meta-analyses.

The scientists next identified, across all earlobe-associated loci, a total of 351 genes within 500kb of the lead SNPs. Using a slew of online databases, they found that 20% of the genes related to mouse ear development, while the others correlated with human syndromes (6%), mouse model ear phenotypes (6%), or were simply flanked by active enhancer elements in relevant tissues (5%). Genomic enrichment analysis of a further refined list of genes highlighted genes involved in microtia, aplasia, and hypoplasia of the ear.

Finally, limiting the focus to the 174 genes found within 250 kb of one of the SNPs, the team employed RNA-sequencing to confirm expression of genes in relevant developing ear tissues. Samples included two human fetal ear tissues and embryonic day 10.5 mouse branchial arch tissue from 2 mouse strains with ear defects and one wild-type control. With respect to the 49 earlobe-associated loci, 45 had one or more of the 174 genes highly expressed.

“An understanding of the genetic basis of normal ear morphology can also help us to learn something about abnormal development,” explained Shaffer. “There are many genetic syndromes where the ear does not form correctly.”

16 MAY 2018 DIAGNOSTICS AND PRECLINICAL

Gray hair and your immune system

The siesta-suppressor: a gene that stops that midday snooze