New research suggests that consuming a particular vitamin might not only reduce our risk for disease, but actually boost our brain power as well. 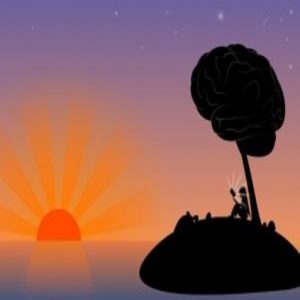 Egg yolks, fish, and sunlight all have one thing in common—they provide us with vitamin D. This essential vitamin keeps bones, teeth, and muscles healthy; deficiencies increase the risk of an impaired immune system, cancer, and bone deformities. A lack of vitamin D has also been implicated in cognitive impairment and dementia, as well as an increased risk for developing Alzheimer’s disease. This association caught the attention of Jacqueline Pettersen, a neurologist at the University of Northern British Columbia, who set out to identify the link between nutrition and cognition.

“There were very few studies investigating the effects of vitamin D on cognition—only a few correlational studies and no randomized supplementation trials,” said Pettersen. “I wanted to know whether I should be counselling my patients and other members of the community to take vitamin D supplements, not only for bone health, but also for cognition. Given that there were no studies adequately addressing this question, I embarked on my own supplementation trial.”

Pettersen recruited 82 healthy adults and randomly split them equally into two groups that were both blinded to treatment; over the course of 18 weeks, one group received a low dose of vitamin D, and the other received a high dose of vitamin D. When the participants returned for post-treatment cognitive assessment, the team tested executive functioning/working memory, verbal and non-verbal memory, attention, and components of language. When they compared these results to the volunteers’ initial pre-treatment cognitive assessments, they found that nonverbal (visuospatial) memory seemed to improve with high doses of vitamin D but not low doses, whereas verbal recognition memory improved with low doses. These results are preliminary, but a similar effect has been observed in other recent observational studies.

“The results of this study demonstrate that vitamin D is important for optimal cognition and likely at a higher dose/blood level than what is required for bone health,“ said Pettersen. “Whether long-term vitamin D supplementation can prevent or slow the development of age-related cognitive decline and dementia is still unknown. Further studies are needed to answer this important question.” For now, the optimal vitamin D level (and corresponding dose) for cognitive improvement remains unknown and likely varies between individuals.

Pettersen’s team is currently assessing the mediating effects of underlying genetics, such as vitamin D receptor polymorphisms, and the relationship between vitamin D supplementation and cognition, as well as the importance of co-factors. “Vitamin D does not work in isolation, but rather, works in tandem with a number of other nutrients. I am about to embark upon examining these potentially interacting effects of other nutrients on the relationship between vitamin D and cognition,” she said.