Researchers have identified the first loci associated with anorexia nervosa, suggesting that it is a metabolic as well as a psychiatric illness. 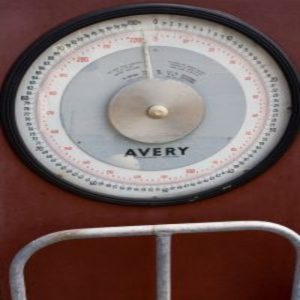 Anorexia nervosa is a devastating condition, with the highest mortality rate of psychiatric disorders. Worldwide, millions suffer from this condition, which drives them to keep their body weight as low as possible. Now, new research published in The American Journal of Psychiatry presents for the first time a genetic region underpinning anorexia, along with genetic evidence suggesting that anorexia is a metabolic as well as a psychiatric illness.

“For over 30 years I have been trying to figure out what causes this harmful yet incredibly complex condition,” said Cynthia Bulik, corresponding author of the study and founding director of the University of North Carolina, Chapel Hill Center of Excellence for Eating Disorders. “We knew it ran in families and was heritable. The next step was to do an adequately powered genome-wide associated study.”

Previous studies yielded no genome-wide significant hits, but this did not hinder Bulik’s team; other psychiatric illnesses only revealed significant data as the sample size grew. For this study, they used 12 case-controlled cohorts to perform a powerful genome-wide association study (GWAS) with 3495 anorexia cases and 10,982 controls.

To their delight, they found a significant genome-wide locus for anorexia on chromosome 8, an area harboring previously reported type 1 diabetes and rheumatoid arthritis loci. The team further conceptualized the disorder by identifying a negative correlation between anorexia and body mass index (BMI)-related measures.

“This is probably the most interesting finding,” said Bulik. “This negative genetic correlation between anorexia nervosa and the other metabolic parameters screamed out the need to start considering the metabolic pathways of anorexia in addition to the psychiatric pathways.”

These links between anorexia and metabolic issues, as well as the well-established psychiatric issues, may lead to improved treatment programs when considering weight disregulation. “Presently, if a patient is admitted for treatment and re-nourished, subsequent to recovery their weight can rapidly drop. If we can understand the mechanism that brings their weight down to that low set point, we could reverse it,” stated Bulik.

Looking forward, Bulik’s team plans to further increase their sample size. “We have seven samples we are currently genotyping in order to identify more relevant genetic regions, with the end goal of moving into animal models.”